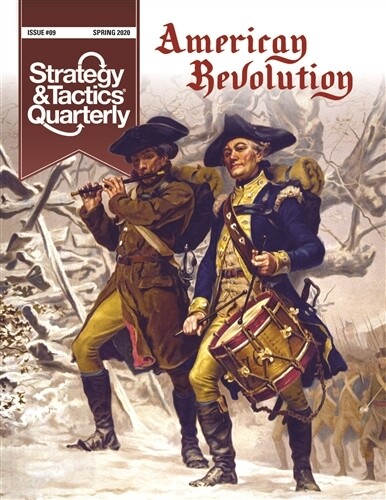 American Revolution: Britain was the superpower of the day in the last half of the eighteenth century: her navy the equal of any two others; possessed of rich colonies in North America, the Caribbean, India, and the Far East; with a merchant fleet carrying the wealth of nations across every ocean. All was not as stable as it could be. The British citizens of North America, among the world's wealthiest and healthiest peoples just beginning the subjugation of a continent, resented what they saw as the heavy hand of the mother country. In just a few years petitions turned to violence and finally to rebellion. The empire turned to crush the uprising, and on paper should have had little trouble doing so. The combination of great distance and colonial determination blunted British efforts, and the rebellion grew into a long war, with former British antagonists waiting in the wings for an opportunity to pounce. Patrick S. Baker examines the course of this war in great detail, with maps and images aplenty, to explain how a contest seemingly so one-sided could reach its unexpected end.