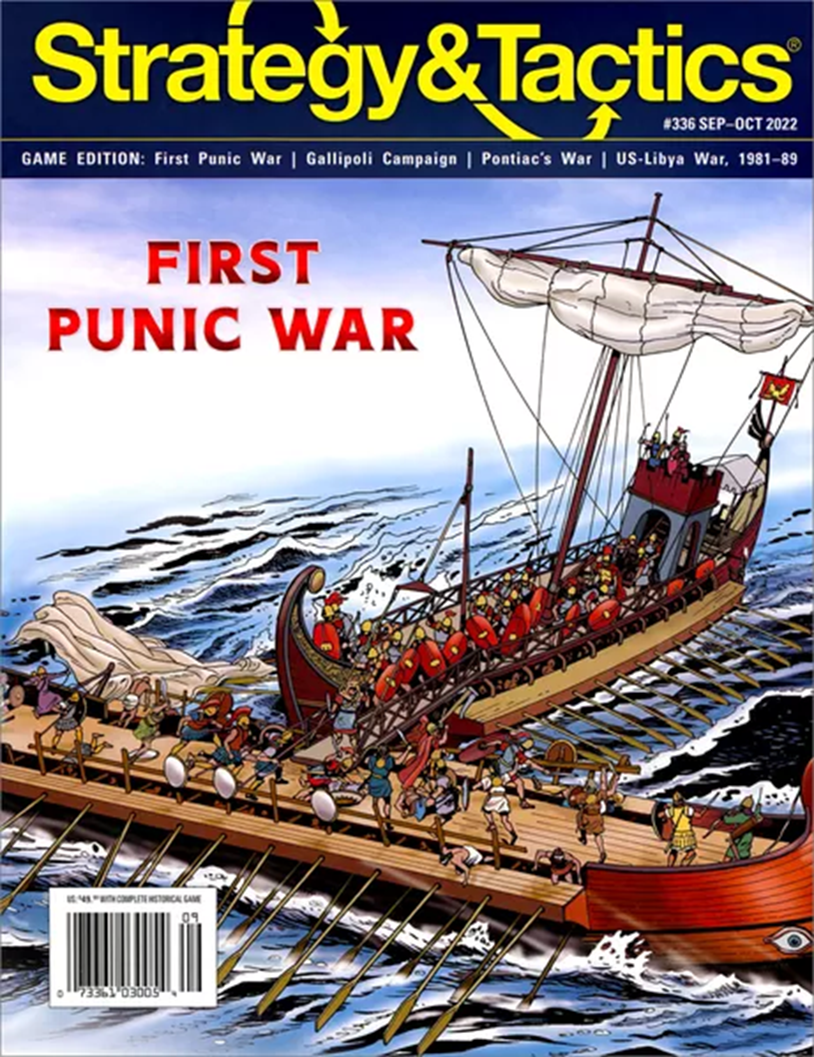 First Punic War 264 to 241 BC is a two-player wargame of the first great military clash between the Roman Republic and the Carthaginian Empire, spanning 24 years in the 3rd century BC. At this time, Rome controlled a federation of states in Italy, while Carthage was the major power of the Western Mediterranean. The war was centered around the island of Sicily, but also saw campaigns in Sardinia and North Africa, with the possibility for more operations elsewhere around the region.

Each game turn (GT) represents three years. Each hex is 40 miles across. Roman combat units represent legions plus attached cavalry (4000 to 5000 men) and groupings of auxiliaries (1000 or more men). Carthaginian units represent groups of various troop types representing 1000 to 10,000 men. Naval units represent about 50 warships each. Leaders represent an inspirational to competent commander plus a guard.