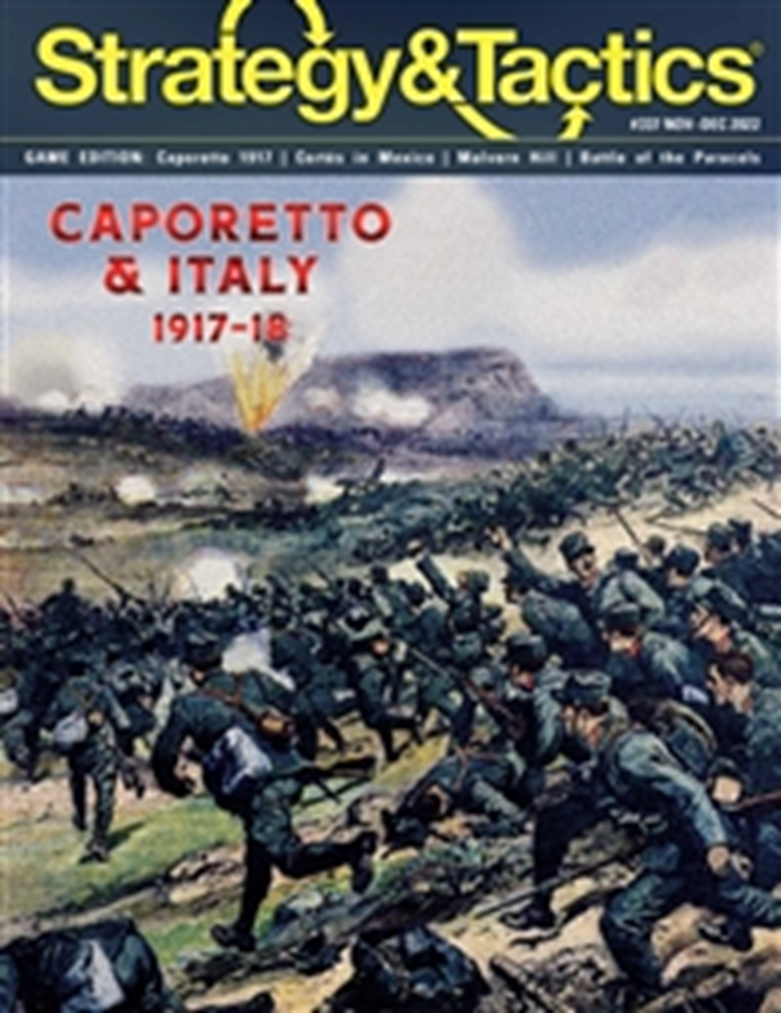 Caporetto: The Italian Front 1917–1918 is a two-player wargame of the last year of the Italian Front, from the Central Powers’ offensive of the Fall of 1917 until the end of the war in October 1918. In this game, both players command two powerful but fragile forces: the armies of Italy and Austria-Hungary that, in the last year of the war, were at the end of their tether. Each game turn represents 1 month. Each hexagon is 10 kilometers from side to opposite side. Units are divisions, brigades, or equivalents.