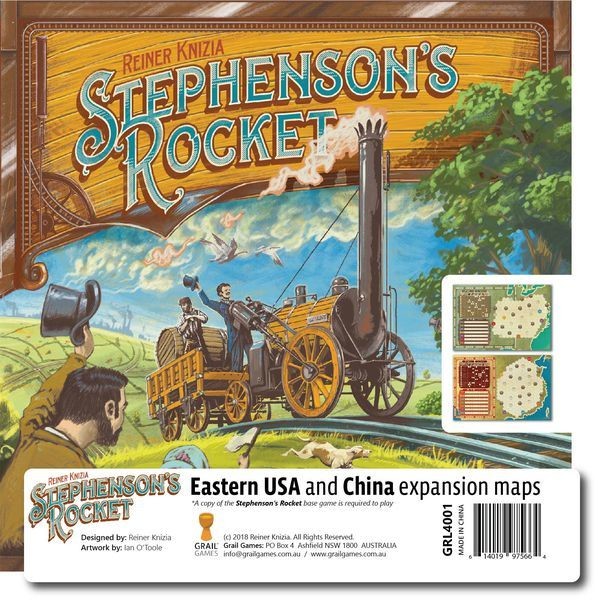 This is the first expansion for Reiner Knizia's Stephenson's Rocket, coming nineteen years after the initial release of that classic game. This expansion consists of a large, double-sided board, offering two alternative maps for players to enjoy playing Stephenson's Rocket upon.

One map depicts the eastern USA, and the other, eastern China. While all game rules remain the same, the different maps add variety to how the game feels and plays.

The board is designed to expand and compliment the Stephenson's Rocket's second English edition, also released in 2018. However, it is possible to use these expansion maps with the original version of the game.