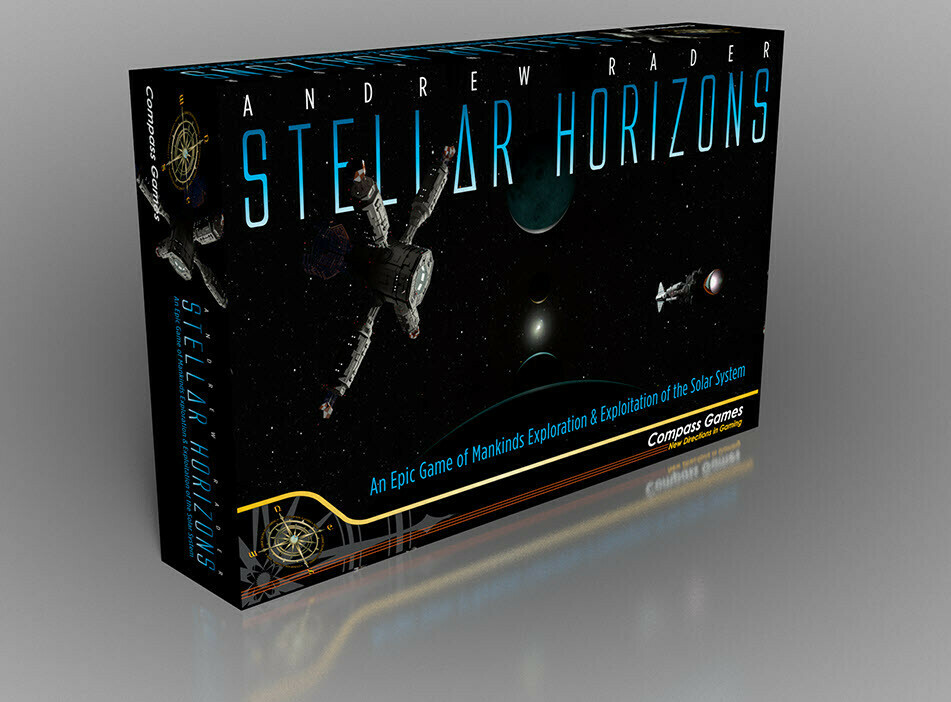 Stellar Horizons is a “near future” game for 1-7 players where you will lead one of Five Earth factions to explore and develop our solar system.

It is intended to be a plausible representation of the first steps of humanity towards the stars between 2030 and 2169, with each turn representing a year of time.

You are in charge of your faction’s space program, although you will have some influence over your faction’s politics on Earth as space development becomes more important. It includes co-operative and competitive scenarios lasting an hour or more, and a campaign lasting a day or more.

Each of the seven factions has different strengths, weaknesses, abilities, and available ships based on their unique geopolitical situation. Military conflict is certainly possible but not always encouraged. The game offers opportunities for more diplomatic, technological, and economic competition than outright combat, although neglecting warships entirely leaves you vulnerable to pirates, trade embargoes, and sneak attacks by rogue players and factions.

Stellar Horizons includes short co-operative and competitive scenarios lasting an hour or more, and campaigns lasting a day up to about a full weekend for experienced players.

Up to seven players can play at a time and the game is most fun with at least 2, but there are also 1-player scenarios, and the campaigns are highly suited for solo play.

There are three ways to win the campaign: be the first to develop an Interstellar Colonizer, terraform a world, or achieve dominance in space over your rivals.

Each yearly game turn is divided into phases, which are subdivided into steps. Each phase/step is completed in initiative order.

While every single step is quite simple, there is a lot to consider in a game turn of Stellar Horizons!