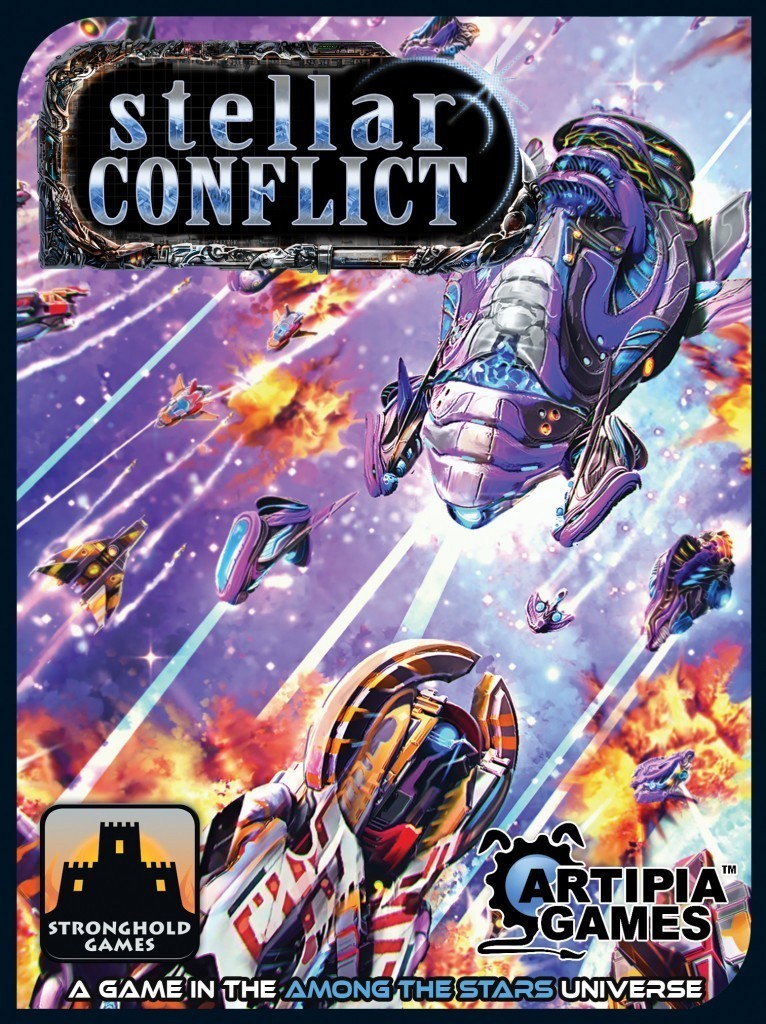 Stellar Conflict (Among the Stars Universe)

Stellar Conflict is a fast-paced space combat game, featuring real-time elements, which is set in the Among the Stars Universe.

Players take on the role of an alien race engaged in a space battle. Each player has his own fleet and based on the size of the battle, chooses which ships will be deployed for combat. Each race has its own power and abilities which grants it different advantages in combat. All ships are deployed in real-time. After deployment, the combat begins with each ship firing their weapons and perform their abilities trying to destroy enemy ships and/or complete objectives.

The alien race with the most victory points, gained mainly by destroying other ships, is the winner! The various races and ships, all with different unique abilities, gives players much variety, and ensures lots of replayability in Stellar Conflict!

Reimplements / based on the game Light Speed designed by Tom Jolly and James Ernest.