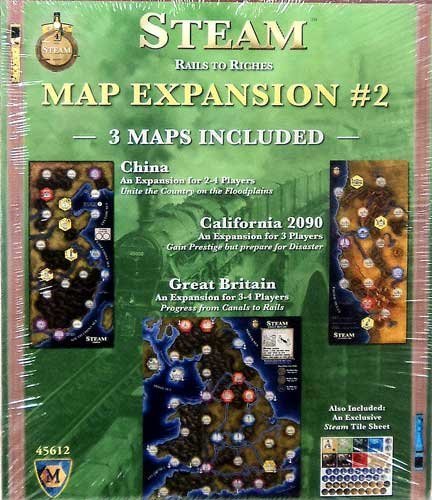 Steam: Map Expansion #2 provides three maps in the same pack that can be used with the Steam base game. One side of the four-panel game board features a map of Great Britain suitable for 3-4 players that's subtitled "Progress from Canals to Rails". The other side of the game board has two maps, each covering two panels of the game board: California 2090 ("Gain Prestige but Prepare for Disaster" for three players) and China ("Unite the Country on the Floodplains" for 2-4 players).

Requires the base game Steam in order to play.