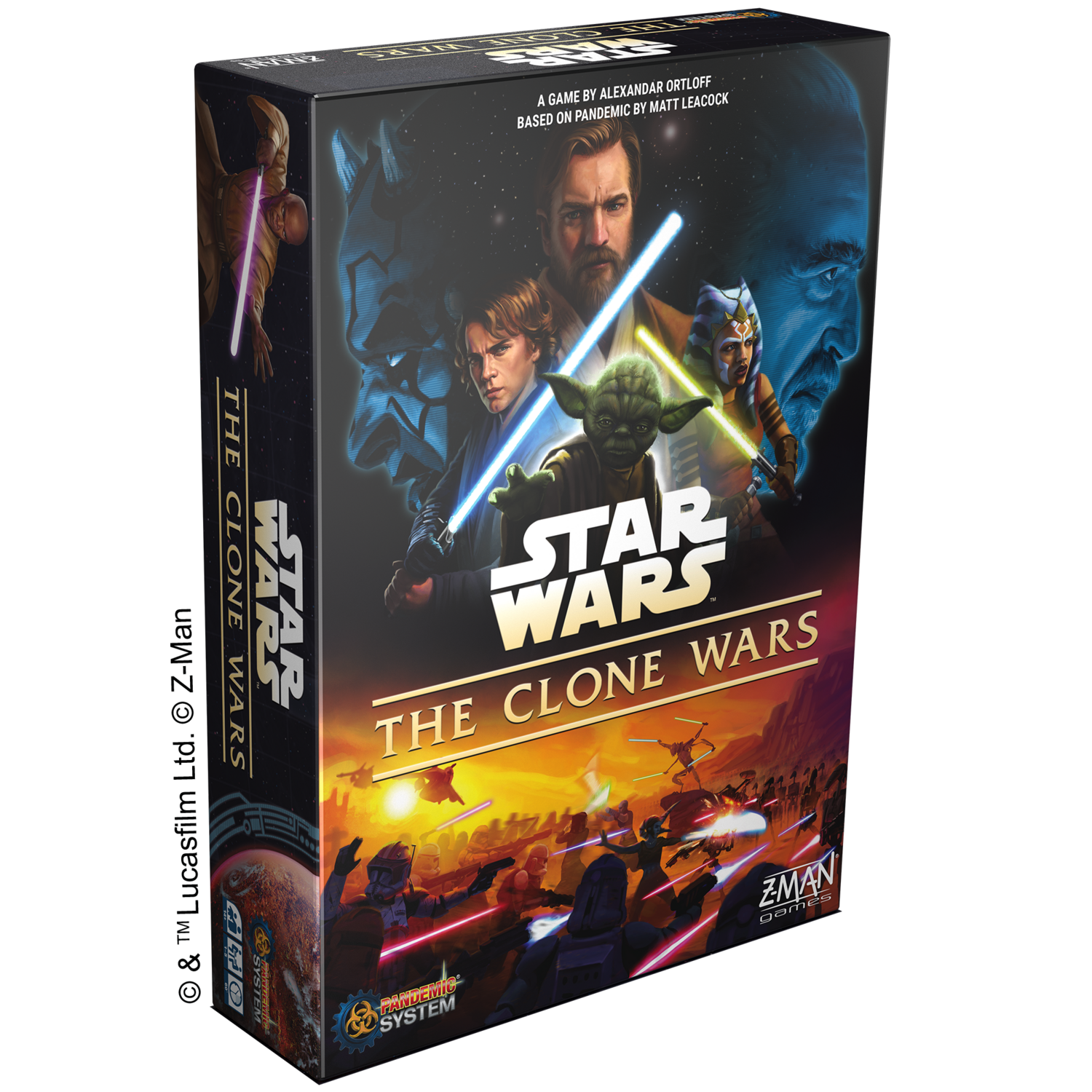 Team up as iconic Jedi to defend the Republic

Traverse the Star Wars galaxy with your fellow Jedi as you battle the droid armies of Count Dooku and the Separatist Alliance. Utilizing the familiar team based mechanics of the Pandemic System, Star Wars™: The Clone Wars, a game by Z-Man Games and Asmodee, drops you into the heart of this galactic conflict. Move from planet to planet fighting battle droids, slipping past blockades, completing missions, and facing off against legendary villains.

WAGE WAR AGAINST THE SEPARATISTS

Team up with your friends as legendary Jedi, each with their own unique mastery of the Force to assist in not only combat, but in traversing the galaxy and completing missions. Play as heroes of the Clone Wars saga such as Anakin Skywalker™, Ahsoka Tano™, Obi-Wan Kenobi™, Mace Windu™, Yoda™, Aayla Secura™, and Luminara Undula™ as you fight off the Separatists while they attempt to gain control of more and more planets.

As droids close in and blockades take hold, roll dice and combine the results with Squad Cards and special Jedi abilities to complete essential missions and fight back the onslaught of enemies. Missions take place on individual planets and require a combination of dice rolls and teamwork to complete. Eventually, you’ll find yourself face to face with an iconic villain unique to the scenario. You’ll face Darth Maul, General Grievous, Asajj Ventress, and Count Dooku. If you can defeat your foe, then the war is yours.