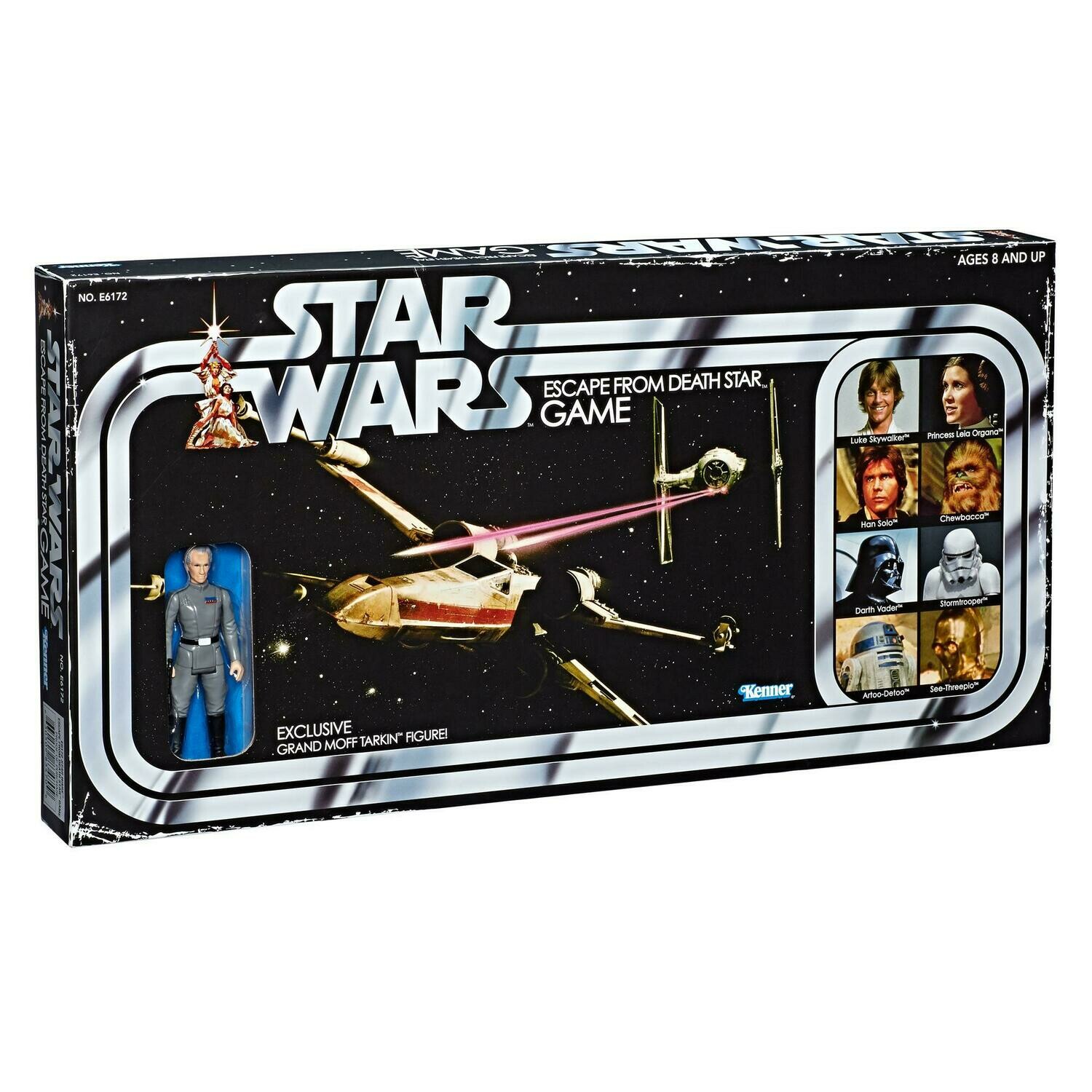 Bring back memories with this retro edition of the Escape From Death Star board game. The game is based on the original board game from Kenner released in 1977 and includes an exclusive Retro Collection Grand Moff Tarkin action figure. Fans can re-live original Star Wars moments as they help their favorite characters escape the Death Star trash compactor and work their way to the Rebel Base. Players are challenged to help Luke Skywalker, Princess Leia, Han Solo, and Chewbacca escape to freedom. The spinner spins out players' moves, but they must decide what passageways to follow. Will they take shortcuts that risk encounters with the Force? The first player to fight their way through TIE Fighters and reach the Rebel Base wins!

Hasbro Gaming and all related terms are trademarks of Hasbro.