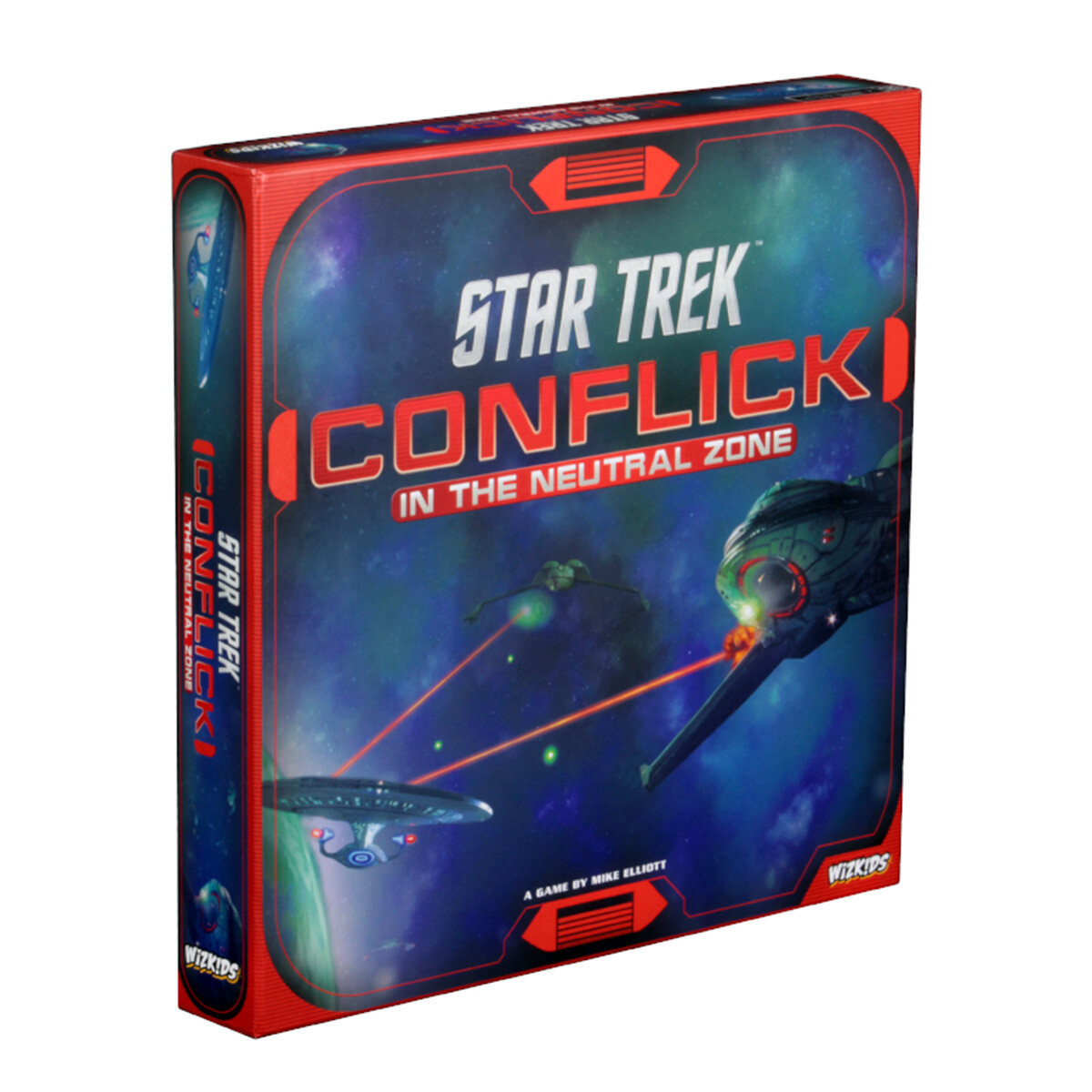 In this simple flicking game, players will flick discs representing the various ships found within the Star Trek universe. These ships are used to collect resources or attack other ships.

Collecting resources (energy and command points) is accomplished by bringing a collector ship within range of an energy or command point planet. To attack, you must use your attack ship to hit an opponent’s ship off the planet or board. Successfully attacking an opponent will award a command point.

But attacking isn’t always easy—players can add in asteroids in order to block shots and protect their ships.

Your fleet can be expanded during your turn by purchasing more ships, allowing you to increase the strength of your forces and ultimately claim the planets for yourself.

The game is over when a player reaches 10 command points, and that player is declared the winner.