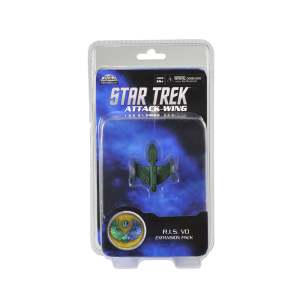 A Romulan scout vessel commandeered by Alidar Jarok, a Romulan admiral seeking to defect to the Federation.

During his escape from the Romulan Neutral Zone, Jarok was pursued by a Romulan warbird intent on preventing his defection… or so it seemed.