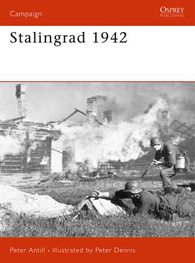 One of the most monumental and widely discussed battles in the history of World War II, Stalingrad was Hitler's first major defeat on the Eastern Front, and acted as a catalyst for his eventual downfall. Providing a detailed breakdown of the armies on both sides and discussing the merits of the commanders and the ways in which these influenced the battle, Peter Antill questions why the Germans allowed themselves to be diverted from their main objective and concentrate such large resources on a secondary target. The bird's-eye view illustrations and maps that feature in this book help to unravel the detail of unit directions, priorities and deployments, and the tactical failures that led to the day-by-day war of attrition that lasted for nearly five months.