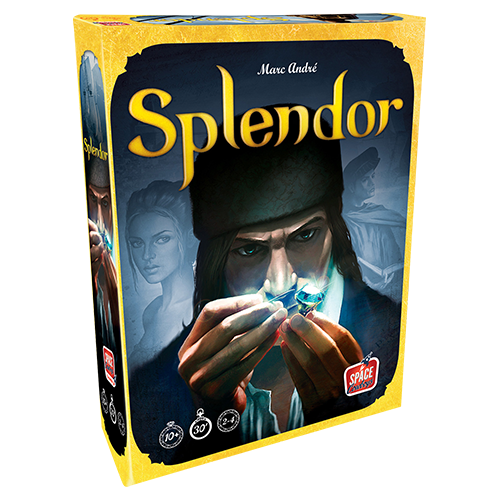 Make a name for yourself in the prestigious and lucrative jewelry business of Renaissance Europe in Splendor, the award-winning game of gems!

First, collect raw gems to fund the development of mines throughout the world—then acquire the means to transport them, artisans to shape them, and finally a storefront where you can sell your polished jewels. If you produce exactly the right jewelry, a powerful Noble may become your patron, but even then they won't just hand you victory: the player whose business earns the most prestige wins.