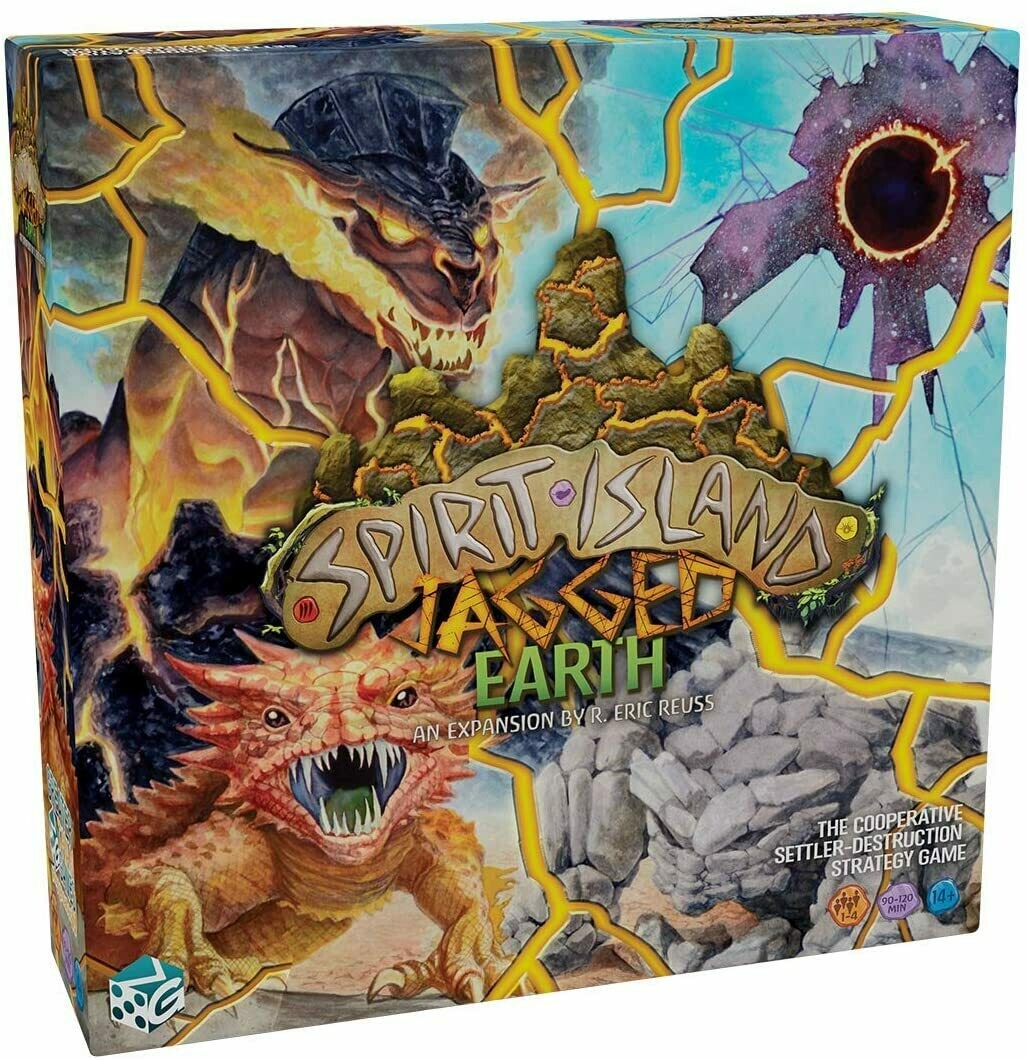 The Jagged Earth Expansion brings a fantastic variety of new play content to the fight for Spirit Island and allows you to expand the game from 4 players to 6.

Peril racks Spirit Island. The invaders are more numerous and more capable than ever before. As hope begin to fade, defense of the island falls to those spirits more in tune with the danger and chaos of the natural world. Will you be able to harness their power to protect the island or will it fall to the persistence of the invaders? Whatever the outcome, Spirit Island will never be the same after the time of Jagged Earth!

Jagged Earth is an expansion for the base game of Spirit Island. No other expansions are required to use it, though it is best balanced when combined with the Branch and Claw expansion.