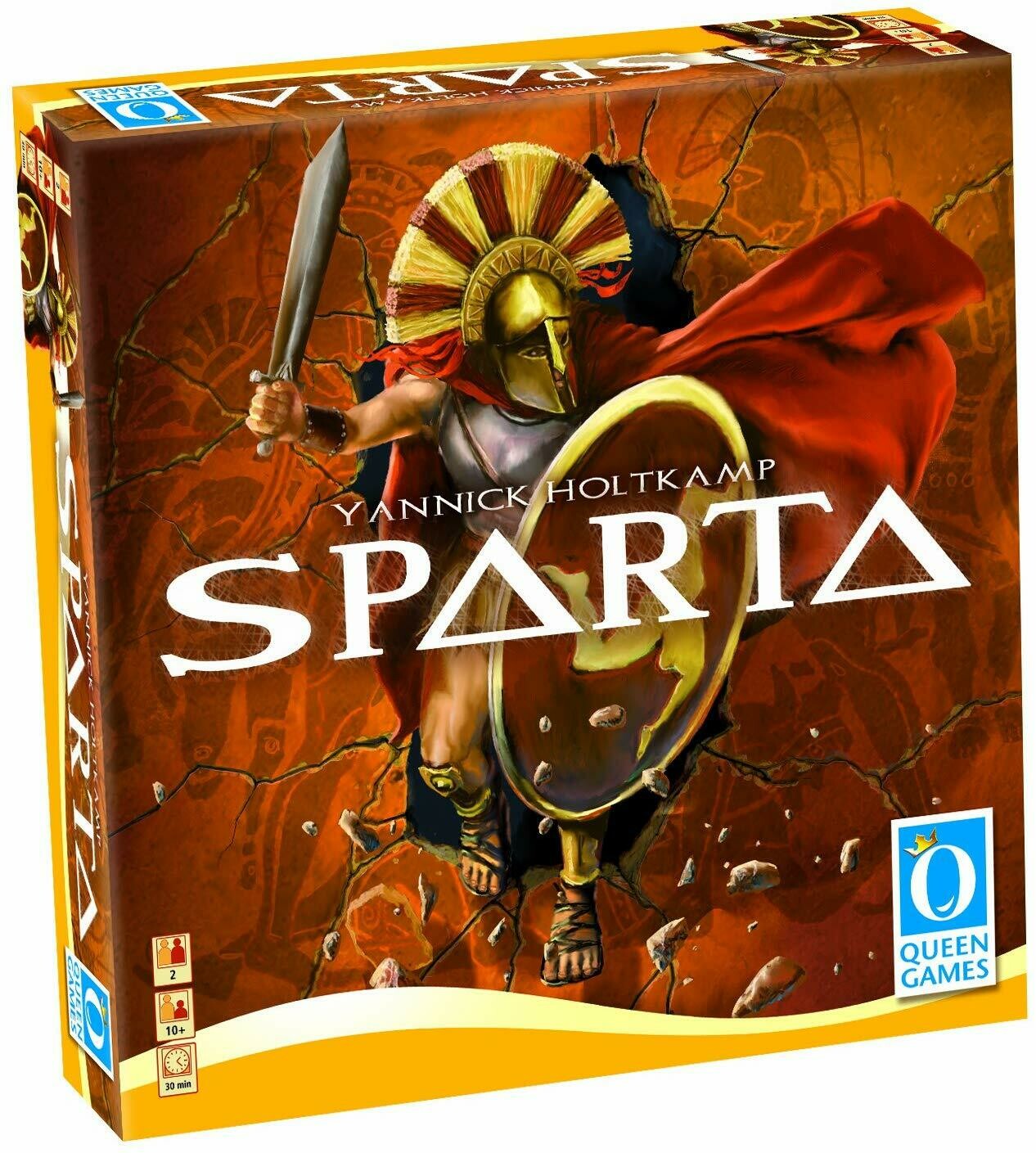 A game by Yannick Holtkamp for 2 players aged 10 years and up. Battle of the Spartans; this strategic game, set in 228 B.C., brings you the fascinating experience of skillful Spartan and Achaeans warriors. Will Sparta seize power or will the Achaeans maintain their stance?

The game is played on a 10x10 grid. Each player starts with a row of eight fighters on their side of the board. In the middle rows of the board, there are eight cities; each player owns four of these.

Each turn, a player may move one of their fighters up to two squares in any direction, changing direction between the moves if so desired.

If the fighter ends its turn in one of his own cities, he is promoted to a hero, and may move up to three squares on future turns.

If the fighter ends its turn on an opposing city, the city is conquered; it now belongs to the player that conquered it.

If, after the move, there are pieces trapped in between two opposing pieces, they are captured and removed from the board. Pieces are trapped if they are between pieces of the other side along a horizontal, vertical or diagonal row without a vacant square in between.

The game ends if one of the following happens: