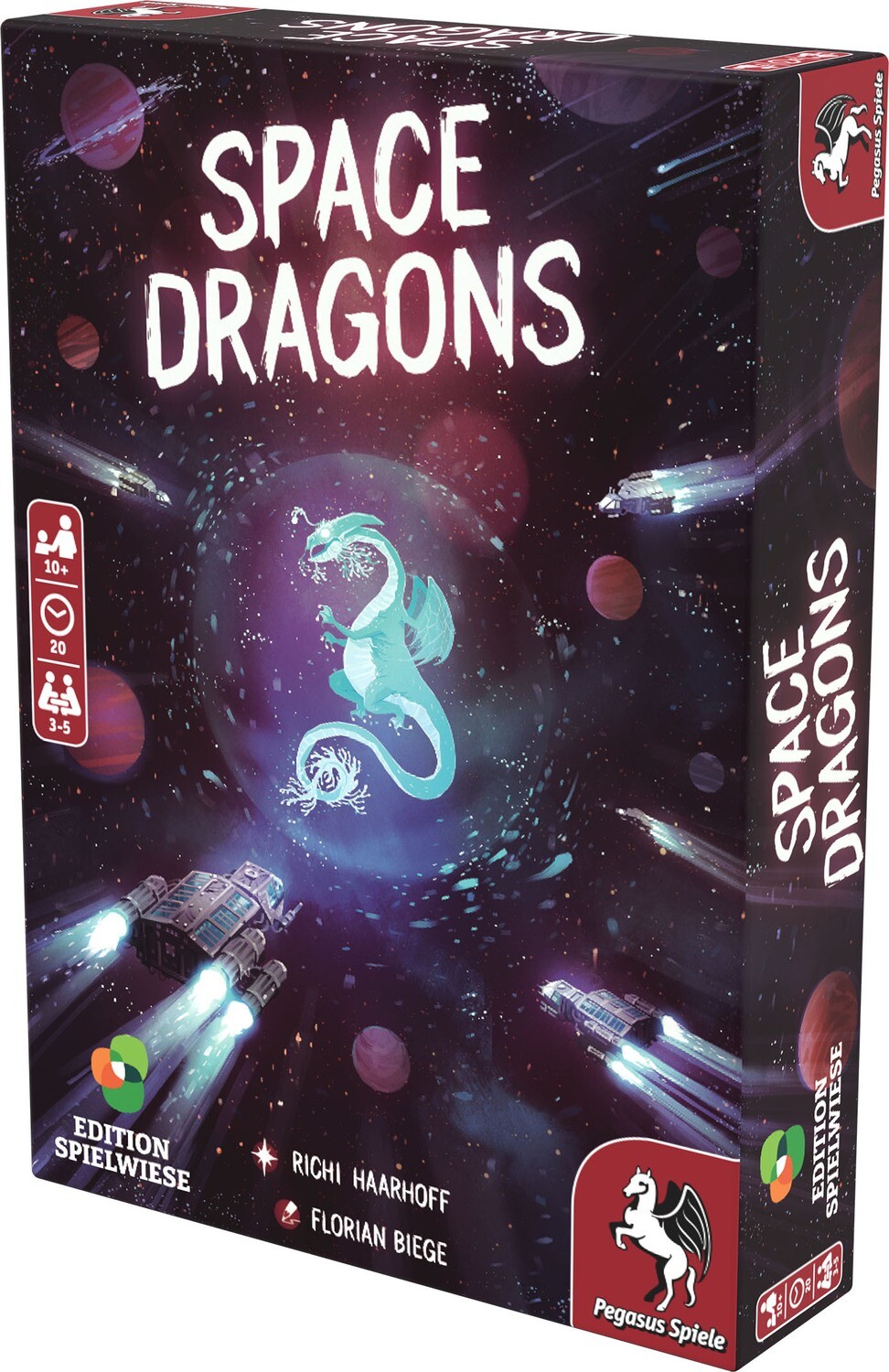 Ready for a flight into the galaxy of the notorious Space Dragons? Only with a competent crew can players become successful dragon hunters. They target seven dragons, always in competition with their rivals. But some dragons do more harm than good, so it can be worthwhile to let others go first and concentrate on keeping you ship intact, as you should be careful that your opponents do not shoot your spaceships. Whoever was able to score the most points with his crew and the dragons they won after seven rounds, will be crowned top dragon hunter.

In the trick-taking game Space Dragons, the players first draft a crew of nine cards, then they play seven of them in order to score as many points as possible. Whoever plays the highest card in a trick wins the face-up dragon. In contrast to other trick-taking games, however, there are no suits to follow and the cards that were played remain in front of the respective players. They trigger special effects when played, but also grant victory points. With three double-sided scoring cards and a variant for an even faster game, there is plenty of variety.