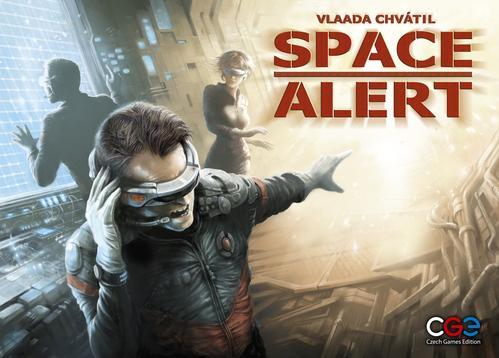 Space Alert is a team survival game. Players take on the role of a crew of space explorers sent out through hyperspace to survey a dangerous sector of the Galaxy.The spaceship automatically maps the sector in 10 minutes. The crew’s task is to defend the ship until the mission is complete. Ifthey succeed, the ship brings back valuable data. If they fail... it is time to train a new crew.

Space Alert is not a typical board game. Players do not compete against each other. Instead, they work together against the challenge presented by the game. The difficulty of this challenge can be chosen by the players themselves. Completing the most difficult missions requires close teamwork.

Per the publisher: Labels on some of the CDs have been switched. The information on the two discs is correct, just the labels are switched.