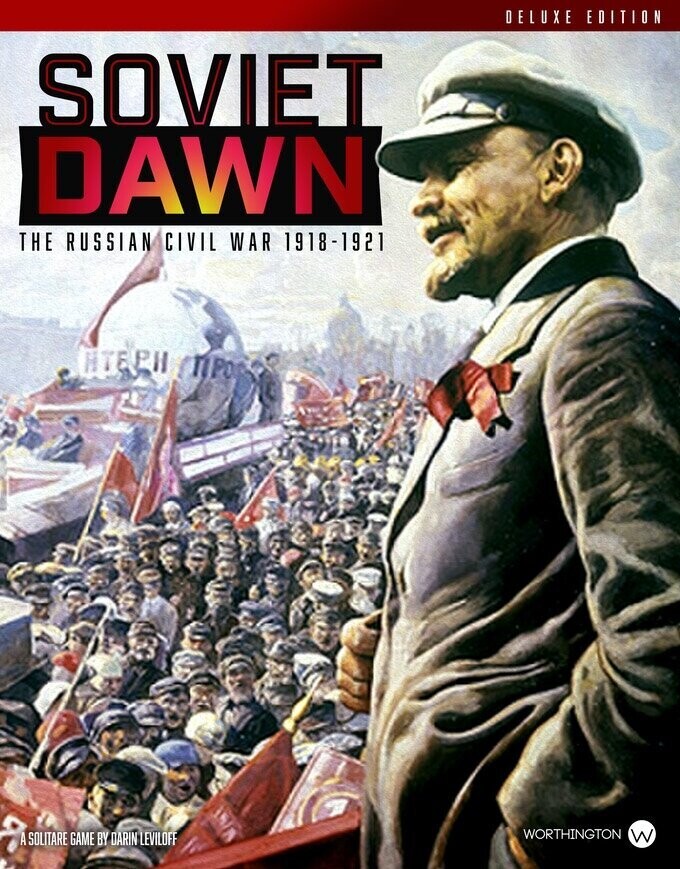 Soviet Dawn Deluxe Edition brings Darin Leviloff’s novel States of Siege(TM) game systemback for a much larger storytelling adventure covering the Russian Civil War from 1918 to 1921. With several enemy "Fronts" converging on Moscow, the fate of the revolution and the prestige of international communism rests on your ability to manage and resolve every crisis that the "Whites" can assail you with.

As the headlines unfold, you draw upon military and political resources to help you, or try to reorganize the Red Army for special abilities that can greatly enhance your position. Who knows? You might even capture the Imperial Gold Reserve!

Can you deal with the great crises of that time and defend the revolution? Will you withdraw from the Great War (WW1) or exercise the Bukharin Option and fight on? Can you execute the Czar in time, or will the Whites rescue him? Will you fortify Petrograd or press your offensives home? How will you deal with internal and external dissent? Play Soviet Dawn and see!

Soviet Dawn is a solitaire game of the Russian Civil War from 1918 to 1921. You control the Bolshevik leadership as they try to solidify their authority after the October Revolution. With the backdrop of World War I raging and concluding, the challenges are many. Incursions by the forces of Imperial Germany and later from Allied nations (UK, USA, France and Japan) compound your decisions. Internal counterrevolutionary elements, breakaway regions, Independent and Anarchist uprisings and a new Polish state are some of the many issues that require you to make the right moves. And to make things even more interesting throw in the fate of the Czar and the multiple personalities of Lenin, Trotsky, Stalin and many others.