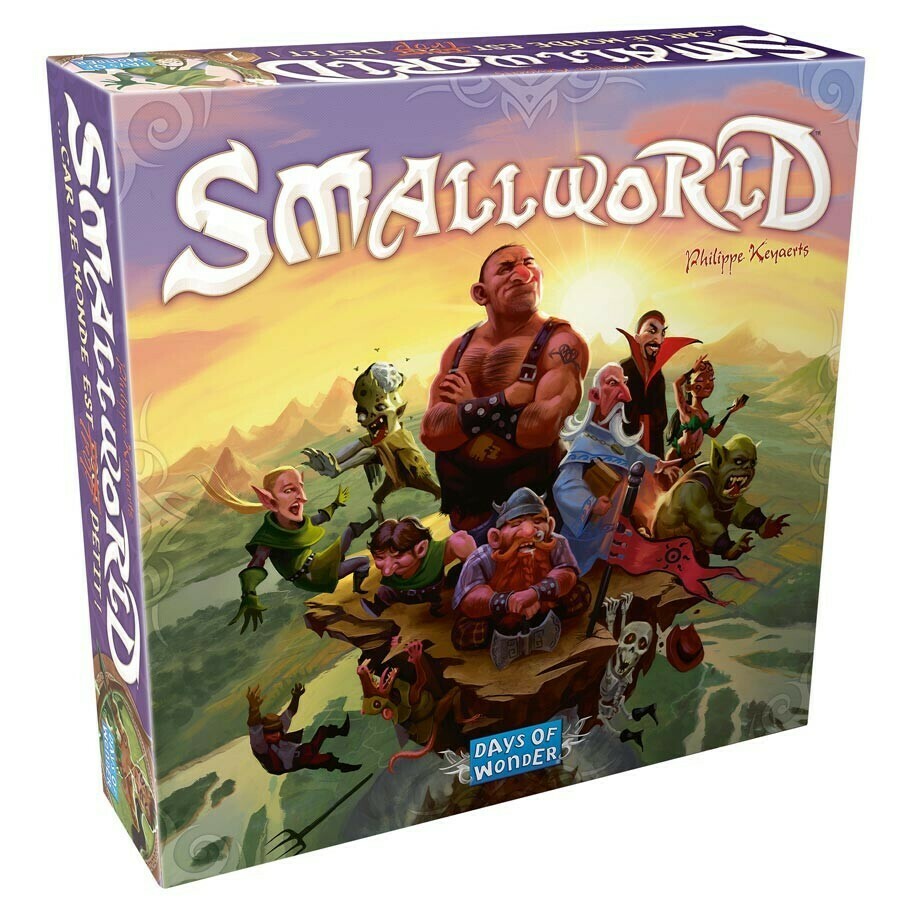 Small World is a zany, light-hearted civilization game in which 2-5 players vie for conquest and control of a board that is simply too small to accommodate them all! Picking the right combination of fantasy races and unique special powers, players must rush to expand their empires - often at the expense of weaker neighbors. Yet they must also know when to push their own over-extended civilization into decline and ride a new one to victory.