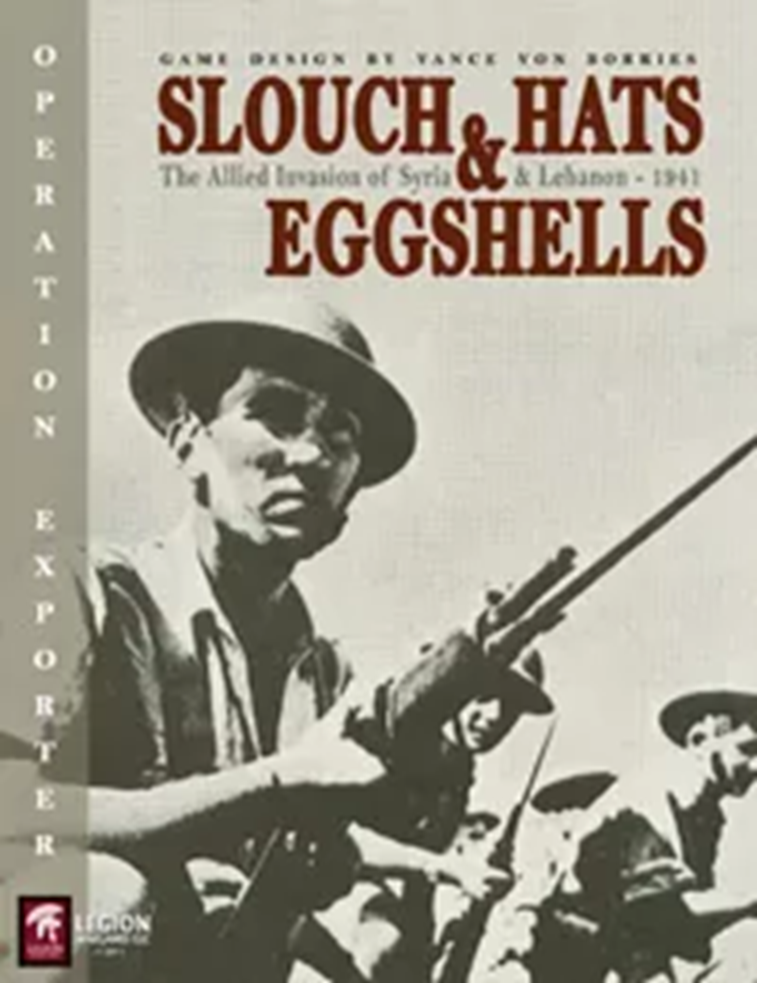 Slouch Hats and Eggshells recreates the World War II campaign in French-held Syria and Lebanon, from early June 1941 through mid-July 1941. When Free French leader Gen. de Gaulle visited the Middle East in April 1941 he forced a political crisis by demanding the occupation of Syria. As a result London ordered an offensive to place all of Syria and Lebanon under Free French control. Sadly, such posturing caused Allied command staffs to hold unrealistic views of the ensuing campaign and occupation. Certain authorities believed the Vichy French in Syria would offer only token resistance and their defense would collapse like an eggshell. The thinking held that Vichy forces could be won over with wine and coffee along with displays of the Australian slouch hat. Instead, the Vichy-led troops fought ferociously from the start and proved to be a more tenacious opponent than anticipated.

One player controls the Axis forces comprised of Vichy French, French Colonial, and German troops, and one player controls the Allied forces of British, Australian, and Free French troops. As the Allied player you will have to fight an aggressive battle against a formidable defensive opponent. As the Axis player you will have to use every unit available to keep the Allies from breaking through what appears to be a very fragile eggshell defense. In addition, both players will have to deal with a shortage of supplies and fuel which can stall an ill planned offensive strike or cripple an otherwise solid defensive stand.

The game also includes 18 Random Event Chits (containing 36 Events) that include historical aspects of the campaign such as Vichy Destroyers and German Paratroops as well as Allied submarines and additional reinforcements from the early end of the Iraq campaign. One player wins by the capture of certain specified objectives while the other player wins by avoiding those victory conditions.