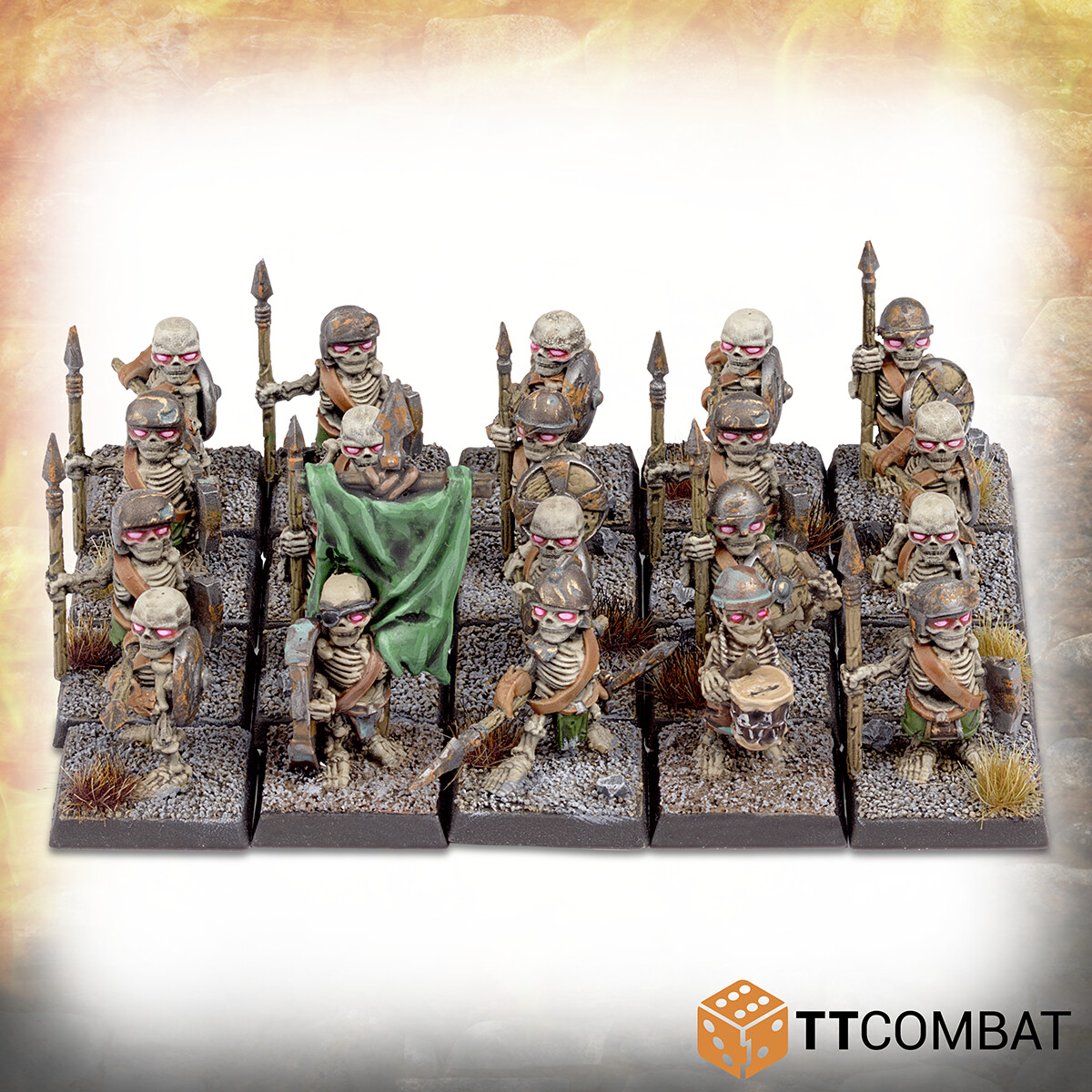 Standing guard around Deathly Pastures Cemetery State, the Spear Guard are a stoic bunch. In fact, it's believed that only one in ten of them is actually reanimated, and the rest are just used as a spooky decorative fence. After the Hallow's Eve Feast teenage Halflings wander down to the border and the bravest will take turns running up and poking the skeletons. Regardless of whether they're animate or not, every year there's at least one case of spear-poked eye.

This set contains a regiment of 20 Skeleton Halfling Spears, including a full command of Champion, Standard Bearer, and Musician. There are several different designs of skeletons, and you'll get a random selection to give plenty of variation to your regiments.

Contains 20 resin miniatures with bases. Resin miniatures supplied unpainted and unassembled. This kit will require cleaning and assembly, and could need some small holes filled.