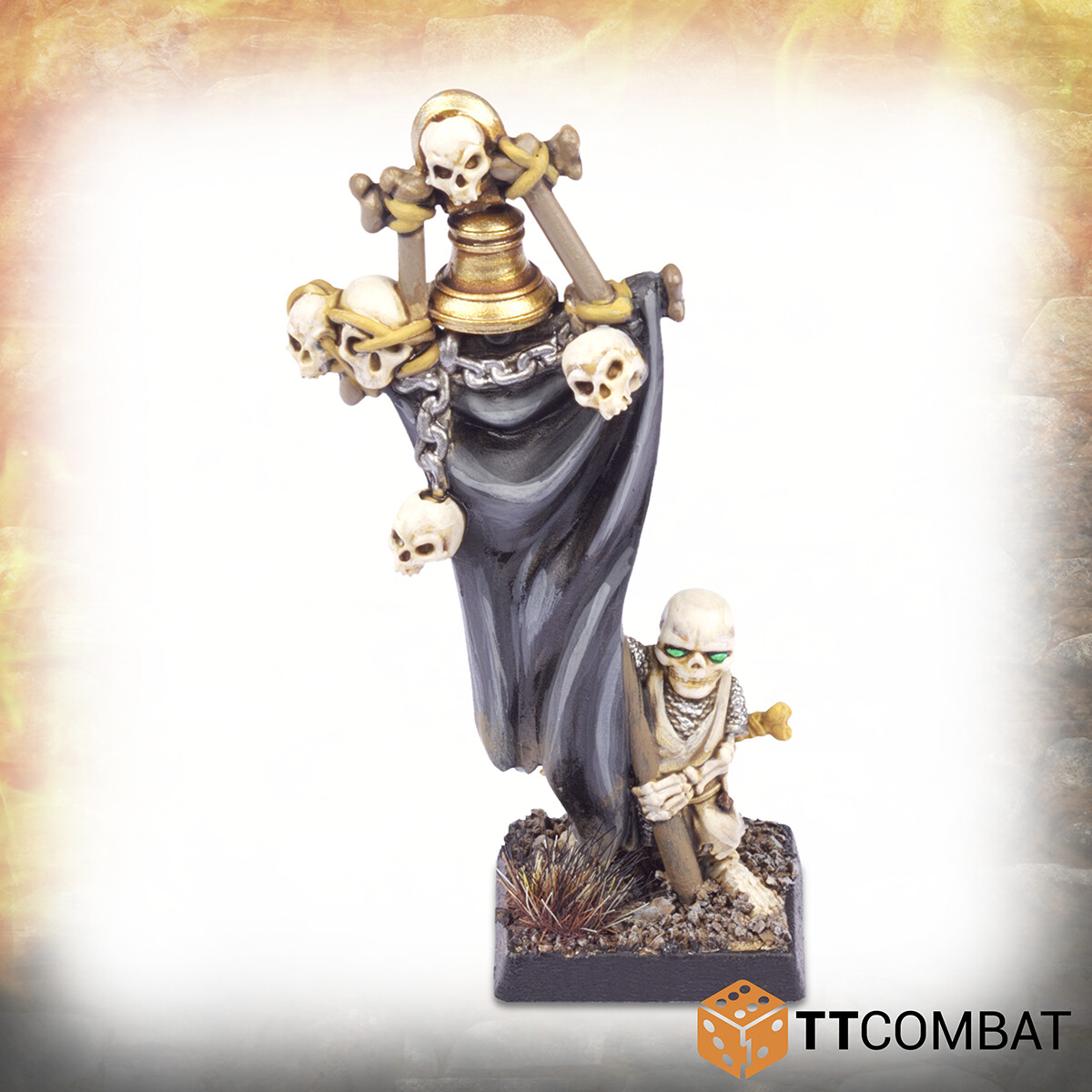 Toting a banner in the hordes of a Halfling Skeleton army is less about honour, and more about practicality. You see, skeletons don't see particularly well. Their eyes long ago fell out, and although they now have magical ones, they're not super good at perception. So it is that a banner bearer isn't just a matter or pride, but necessity. Getting brightly coloured sheets is a must for these Undead Halflings, as it gives them a good reference point to follow into battle. Provided the bearer knows where they're going that is.

This set contains a Skeleton Halfling Battle Standard Bearer. With probably the biggest banner such a tiny skellie could carry, this model is perfect for directing your army in battle.

Contains 1 resin miniature with base. Resin miniatures supplied unpainted and unassembled. This kit will require cleaning and assembly, and could need some small holes filled.