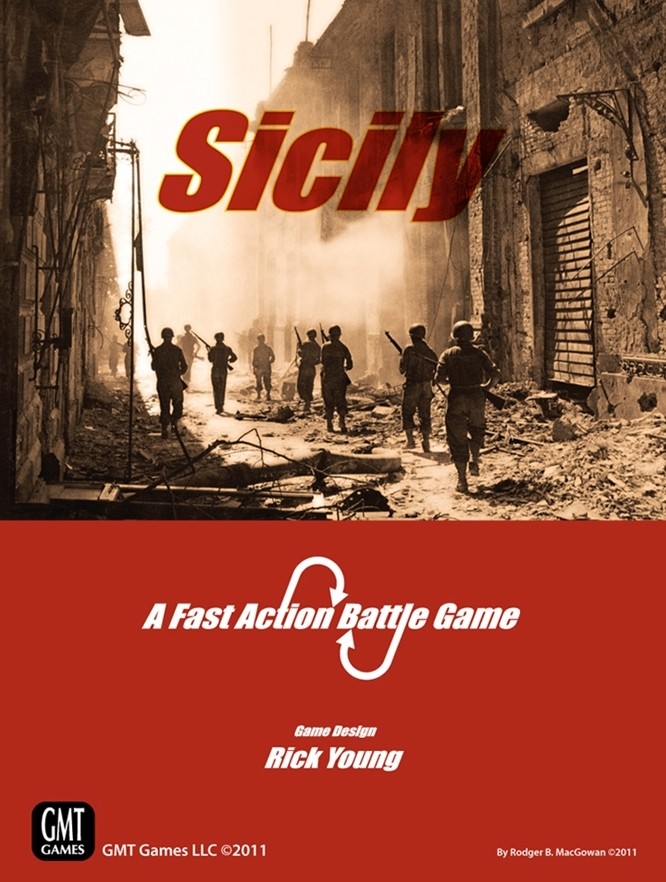 The Fast Action Battle Series (FAB) game series takes you to the Allied invasion of Sicily in 1943 for Volume II in the FAB Series.

As the Allied player, you will choose your invasion beaches after seeing where the Axis player has deployed his units. Do you choose Montgomery's historical HUSKY plan, Patton's alternate plan, or a hybrid plan of your own?

In Fast Action Battles: Sicily you will find a few new unit and asset types and also new challenges for both sides. For the attacker, the challenge is the tough Sicilian terrain; for the defenders, it's the worsening Italian morale.

Each victory area and functioning port that the Allies secure adds a Fading Italian Morale Event Chit into the selection cup, and, as each of these are drawn, worsening effects on Italian units are felt along the entire Sicilian front.

It's time to bring the war to the Italian homeland. Only now, YOU are in command. Can you do better than your historical counterparts? As the Allies, can you make better use of your naval bombardments and increasing air supremacy? As the Axis, can you make better use of the rugged Sicilian terrain and delay the Allies long enough to unhinge their plans for striking the Italian peninsula? Play Fast Action Battles: Sicily and find out!