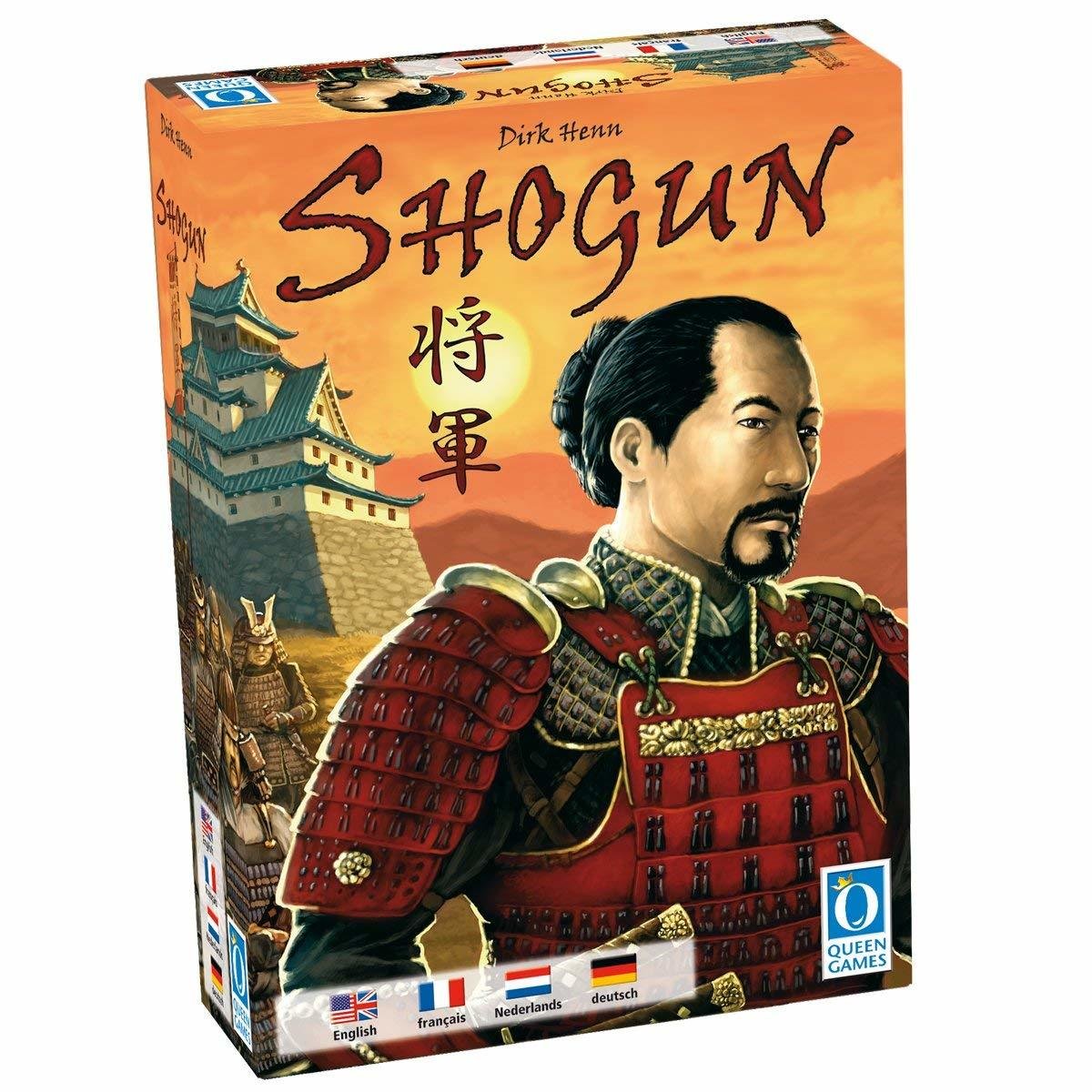 Japan during the Sengoku period: the Ashikaga Shogunate is finished. The country is divided into small territories ruled by autonomous rulers.

The most powerful feudal lords, the daimyo, are swirling to unify the country with military force and build a new shogunate. The players take on the role of the daimyo and try to increase their power by conquering and expanding new provinces with their troops. In battles, whether against the armies of the competing daimyo, neutral princes or insurgent peasants, the dice tower is used, so each fight remains exciting.

The game runs over two years, each year is divided into four rounds spring, summer, autumn and winter. In spring, summer and autumn, players perform their actions, conquer provinces and build buildings, in winter it becomes apparent if the players have overpowered their peasants: those who do not have enough rice will face peasant uprisings in their provinces. This is followed by a score in which players are rewarded with victory points for their conquests and erected buildings. The Daimyo who has gained the most victory points after two years of conflict becomes the new Shogun.

In the action rounds Spring, Summer and Autumn the ten action cards are shuffled and laid out, the first five open, the second five hidden. Likewise, the five special cards are designed to offer players bonuses in the form of increased tax revenues, rice or armies. Afterwards, the players covertly assign their provinces to the actions and place bids on the special cards and thus the order of the players for the next round.

In each action round an event is now determined by means of event cards and the previously planned actions are executed in the order previously determined. Taxing a province or getting rice from there increases the chance of a revolt. On the other hand, without tax revenue, of course, no armies can set up or build buildings and the other provinces want to be supplied with rice.

Fights and revolts are carried out with the dice tower: the armies and / or pawns (colored wooden dice) are thrown into the tower. The dice that land in the drip tray determine the combat result. Of course, dice remaining in the tower can reappear in subsequent battles, creating tension in every fight.