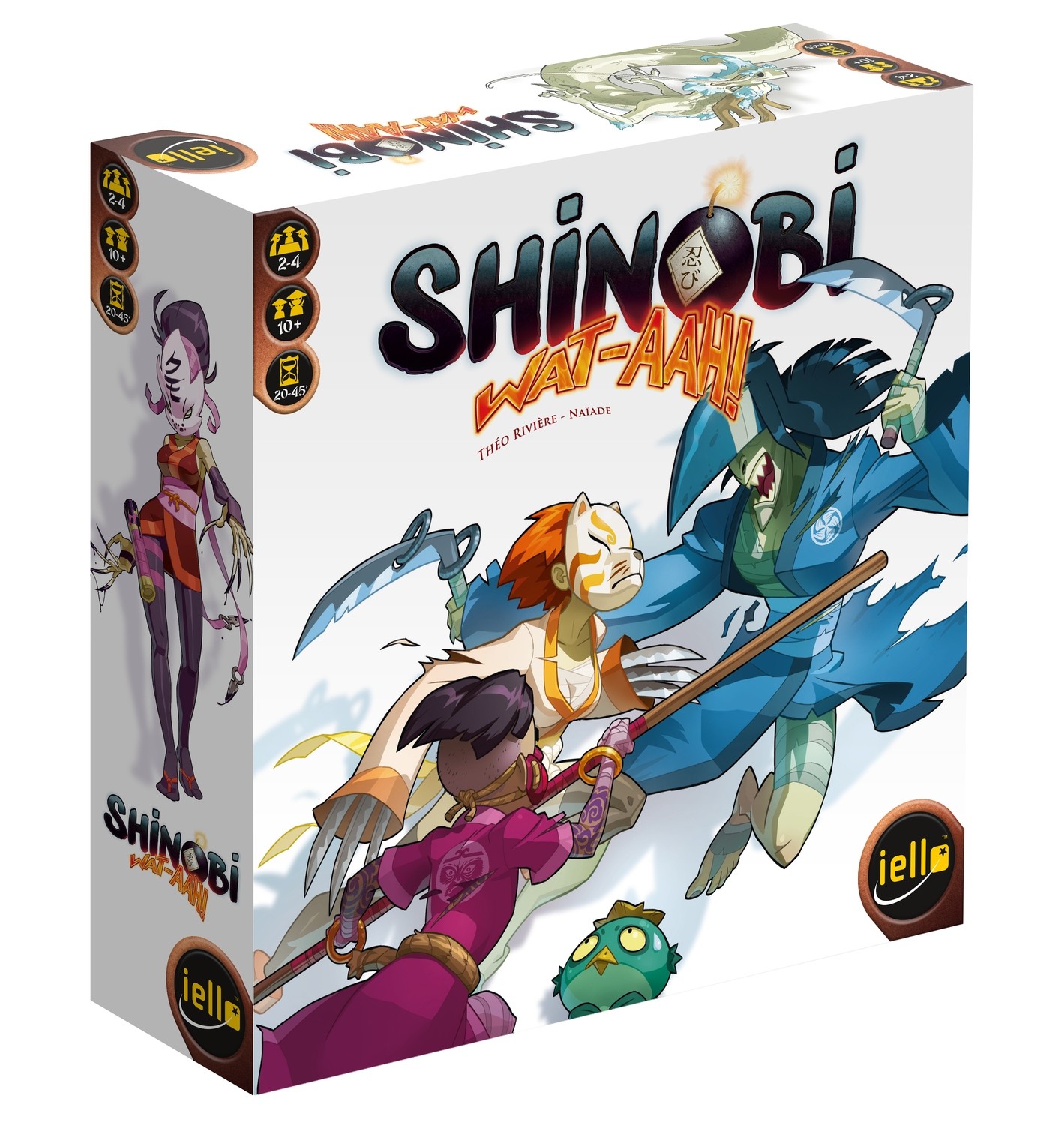 The Empire of the Moon faces many threats. The Rift has reopened, providing passage for the creatures that have lurked in Shadow for millennia. But the danger also comes from within as the Emperor, son of the Moon, is getting old, and his formerly loyal lords are now trying to seize power. These aspiring clan lords will make their appeal to the warriors known as ninjas, adepts of the way of Shinobi. The clans are prepared for war!

As a lord with a thirst for power, in Shinobi WAT-AAH! you intend to place your honorable posterior on the imperial throne. Your plan is to appeal to the large clans of ninjas, who will empower you to impose your military strength upon your enemies. To put it simply, your goal is to put a big WAT-AAH! in your enemies’ faces!

Each player receives a hand of cards. The goal is to recruit clans with the most powerful ninjas. On your turn, you take 3 actions:

The game ends immediately when a player places their fourth clan.

Each players scores the sum of their ninjas’ strength, minus the total sum of the values of the cards in their Corruption pile. The player with the most points wins.