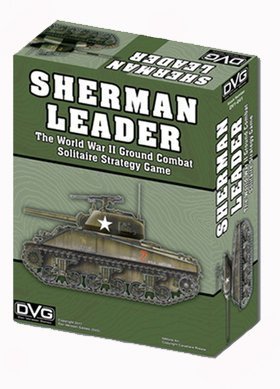 In Sherman Leader, you command an American group of tanks, armored cars, trucks, halftracks and supporting infantry. Your goals are to take your objectives while trying to keep as many of your men alive as possible during realistic tactical missions.

A major part of the game is mission planning. You decide which vehicles and infantry units to use and which commanders are best for the mission. Vehicle and infantry commanders are rated for skill level and even personality quirks such as how well they keep their heads while under fire.

Deciding which commanders are used for each mission is a major consideration. Your units will become fatigued with every mission. If push a commander and his men too hard, his skills will degrade. Your commanders and their crew also gain experience with every mission. This makes for some great decision-making. Should you keep fighting with your top commanders and crew and further fatigue them to get the job done, or let the new guys fight in order to prep them for the tough missions ahead?