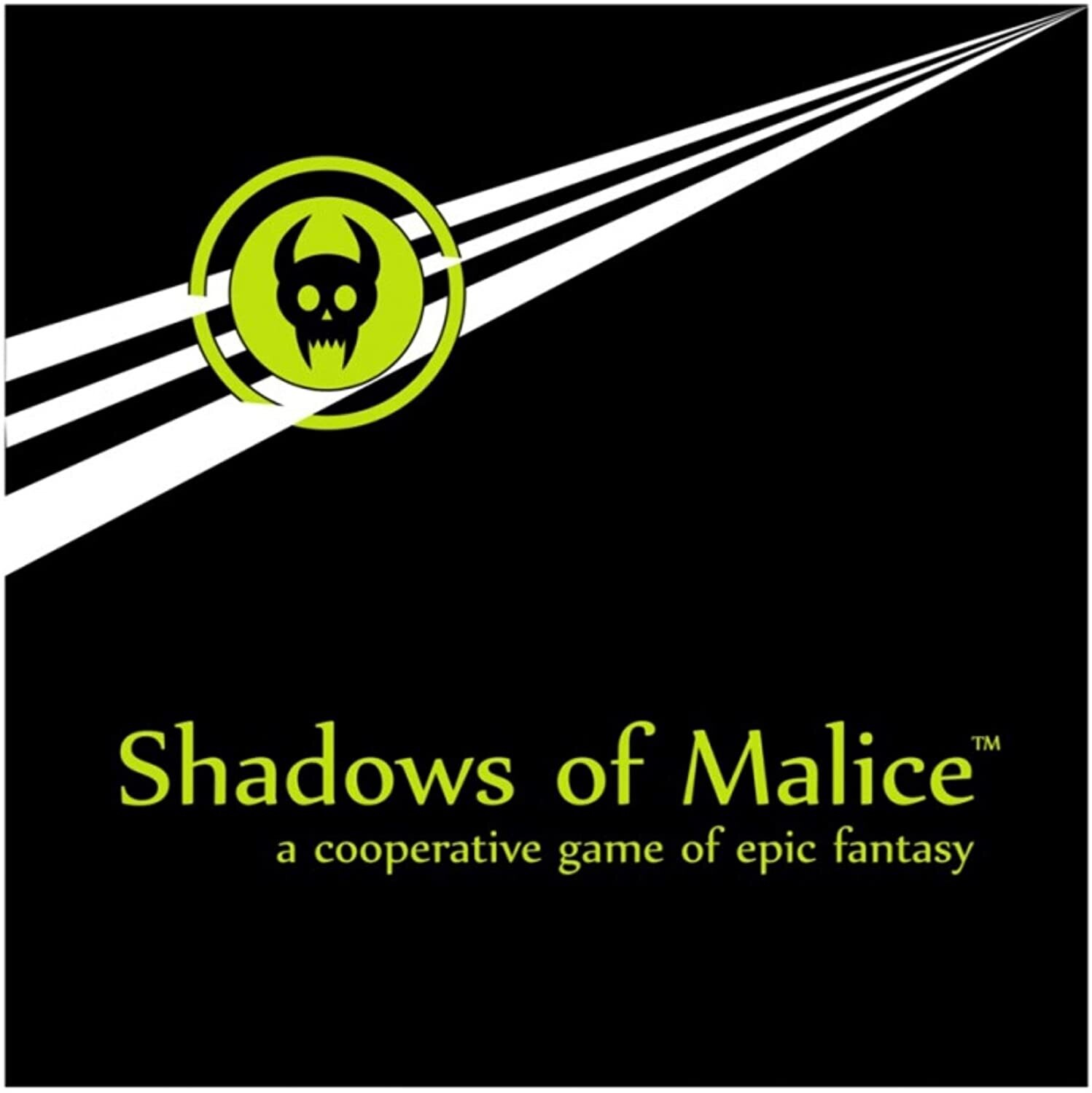 Shadows of Malice is a cooperative game in which 1-8 players work to unseal hidden Wells of Light to prevent the shadow demon Xulthûl from gaining a physical form and overrunning the Realm of Aethos.The game is suitable for solitaire or multi-player games.

The Wells are located in strongholds scattered throughout the Realm and defended by powerful Guardians. Over the centuries, many of the Wells have fallen Dark, but if the players can find and unseal the remaining Light Wells they prevent Xulthûl from gaining substance and win the game. If Xulthûl’s Shadows, however, manage to defile a single Light Well, the demon will gain a body and enter the Realm. If this happens, the players must defeat Xulthûl in battle to save the Realm.

Players control avatars, heroic champions imbued with unique masteries over Light. Each turn, the players move through the Realm, confronting their fate, battling creatures with deadly abilities, and engaging the services of cities and mystics in order to gather the potions, treasure, and soulshards they will need to defeat the stronghold Guardians and unseal the Wells they protect. The Light or Dark nature of each Well is revealed only when its Guardian is defeated.

Meanwhile, Xulthûl’s Shadows are thickening in the Shadow Realm and will enter the game at random times in random locations, seeking the one Well that will bring about the entrance of their master.