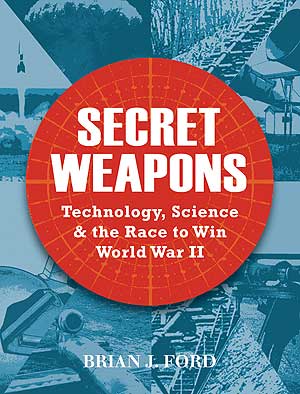 Deep in the bunkers of Nazi Germany, many of the world’s top scientists worked to create a new generation of war winning super-weapons. A few of these, such as jet aircraft and the V2 rocket, became realities at the end of the war, others never made it off the drawing-board. Written by noted research scientist, Brian Ford, this book charts the history of secret weapons development by all the major powers during the war, from British radar to Japanese ray-guns, and explains the impact that these developments eventually had on the outcome of World War II.