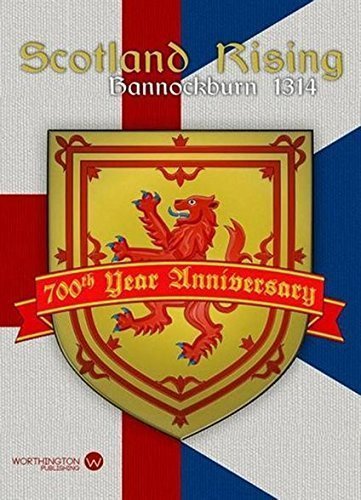 Scotland Rising, which is being released to honor the 700th Year Anniversary of the battle of Bannockburn, is a sharp fight that highlights the tactics of medieval battles on a crowded battlefield: Knights are powerful and hard to bring down; pikemen are best in massed formation; archers have ranged fire but must be protected; and ax men are vicious in a close fight. In the game, players take the command roles of Robert the Bruce and King Edward II to lead their armies toward old-fashioned victory — medieval style — by inflicting damage on their opponent to relieve the siege of Stirling Castle.