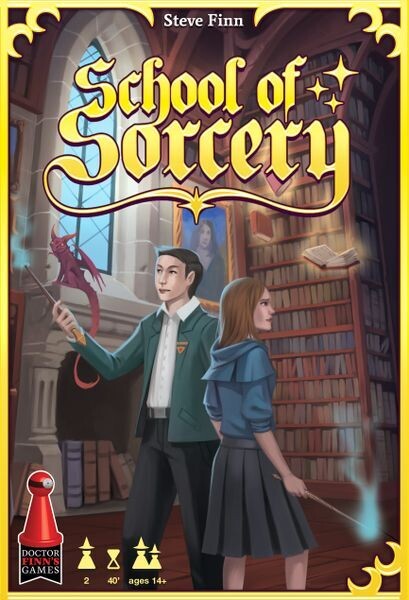 School of Sorcery is a re-implementation and revision of The Institute for Magical Arts. The game contains many of the same game mechanisms, but with a number of new rules changes. Some of the components have also been upgraded and the card powers have almost all changed. It also introduces a number of new cards with a variety of powers.

School of Sorcery is a two-player dice and area control game in which players use dice rolls to place "crystals" onto different cards in an attempt to win those cards. Once won, cards offer either special powers or victory points or both.