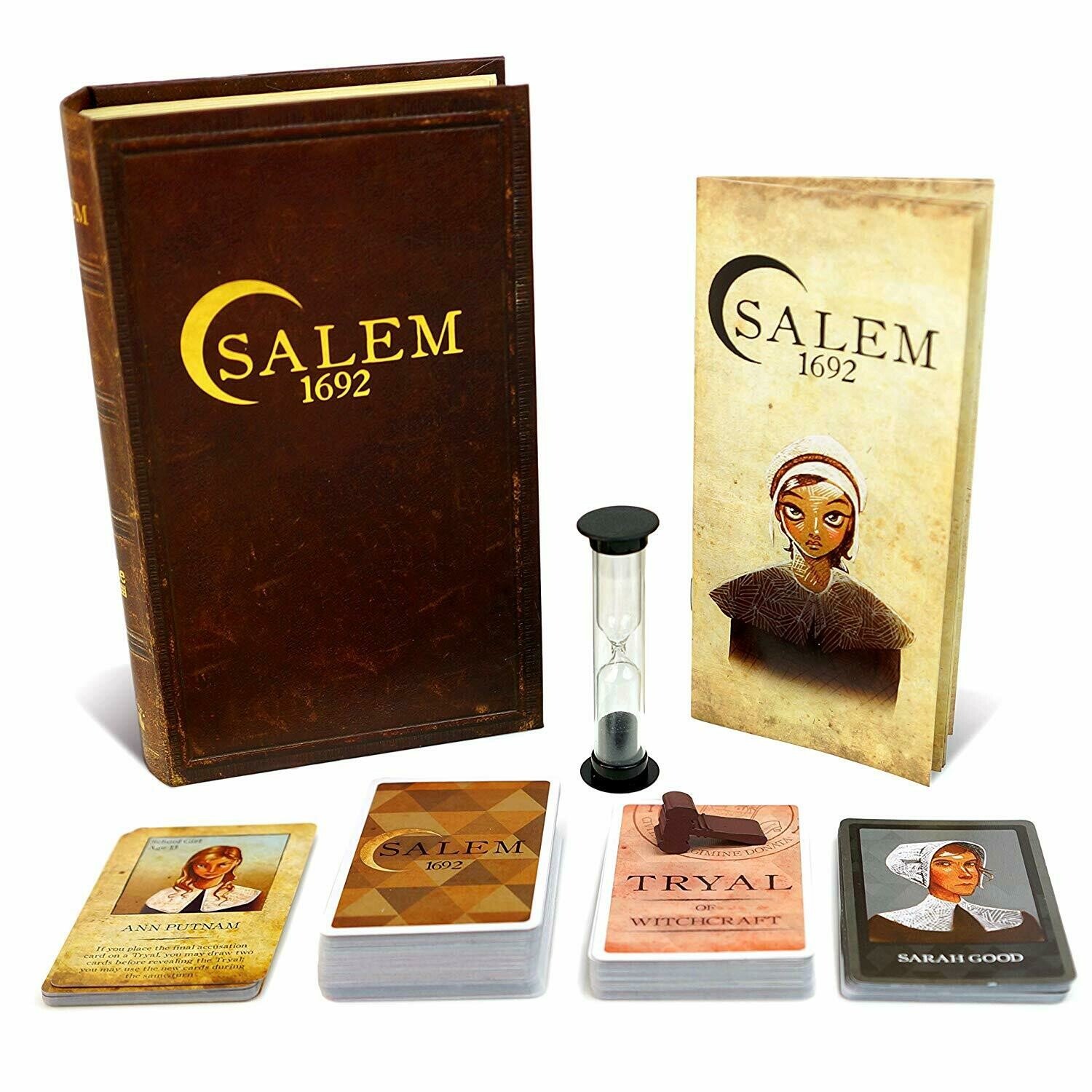 GOOD PURITANS BE WARY, WITCHES BE AMONG US

Hunt down the witches before you become one of them! Will you be the hero who purges your town of witches, or will you be wrongly accused and hanged for witchcraft? Or perhaps you will become a witch yourself, escape conviction, and bring Salem to the ground in hysteria.

Players will gather cards that they use to accuse, or defend, other players. Deciding who to trust is key to survival, since you can never play a card on yourself. When you suspect someone to be a witch, you can begin accusing them with red accusation cards. When enough accusations have been placed on one of the players, the player who lays the final accusation chooses one of that player's Tryal cards to reveal. Once all "Witch" Tryal cards have been found, the villagers of Salem win. Players can also use green and blue cards such as "Alibi", "Stocks", "Matchmaker", "Asylum", and "Scapegoat" to help or hurt their allies or enemies.

As players draw cards, they will eventually draw black cards that take immediate effect. One black card, "Night", forces all players to close their eyes while the Witches choose someone to eliminate, the Constable chooses someone to potentially save. The other black card, "Conspiracy," forces all players to take a face-down Tryal card from the player to their left. Killing witches quickly is essential, otherwise "Conspiracy" may soon have the whole town turned evil.