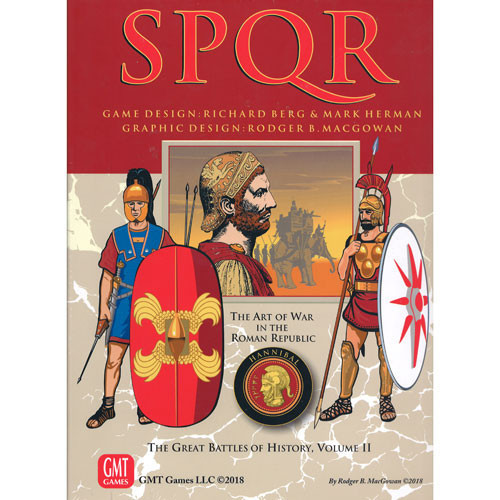 The Art of War in the Roman Republic

For the Roman Republic, the path to military pre-eminence in the Mediterranean world was neither easy nor direct. The Romans were blessed with a large, patriotic pool of citizen soldiers - who were the salvation of the country on many occasions. However, they were cursed by a political system that often gave command of armies to inept Consuls who were inflexible military leaders. Time after time, Roman Republic suffered horrific defeats due to these circumstances, but survived, learned to adapt, and ultimately perfected the most capable and powerful army of the age.

Explore the evolution of the Roman military system from the early battles against the brilliant, but quixotic, Pyrrhus of Epirus. Then against Hannibal of Carthage, one of the Great Captains of History, in some of the major battles of the Second Punic War.

Step back into the pages of ancient history. You have been elected Consul of Rome. Take command of your Roman Legions, lead them to victory, and see if you can return to Rome leading a triumphal procession, and remember all glory is fleeting..

SPQR is an acronym for Senatus Populusque Romanus (the Senate and the Roman People).