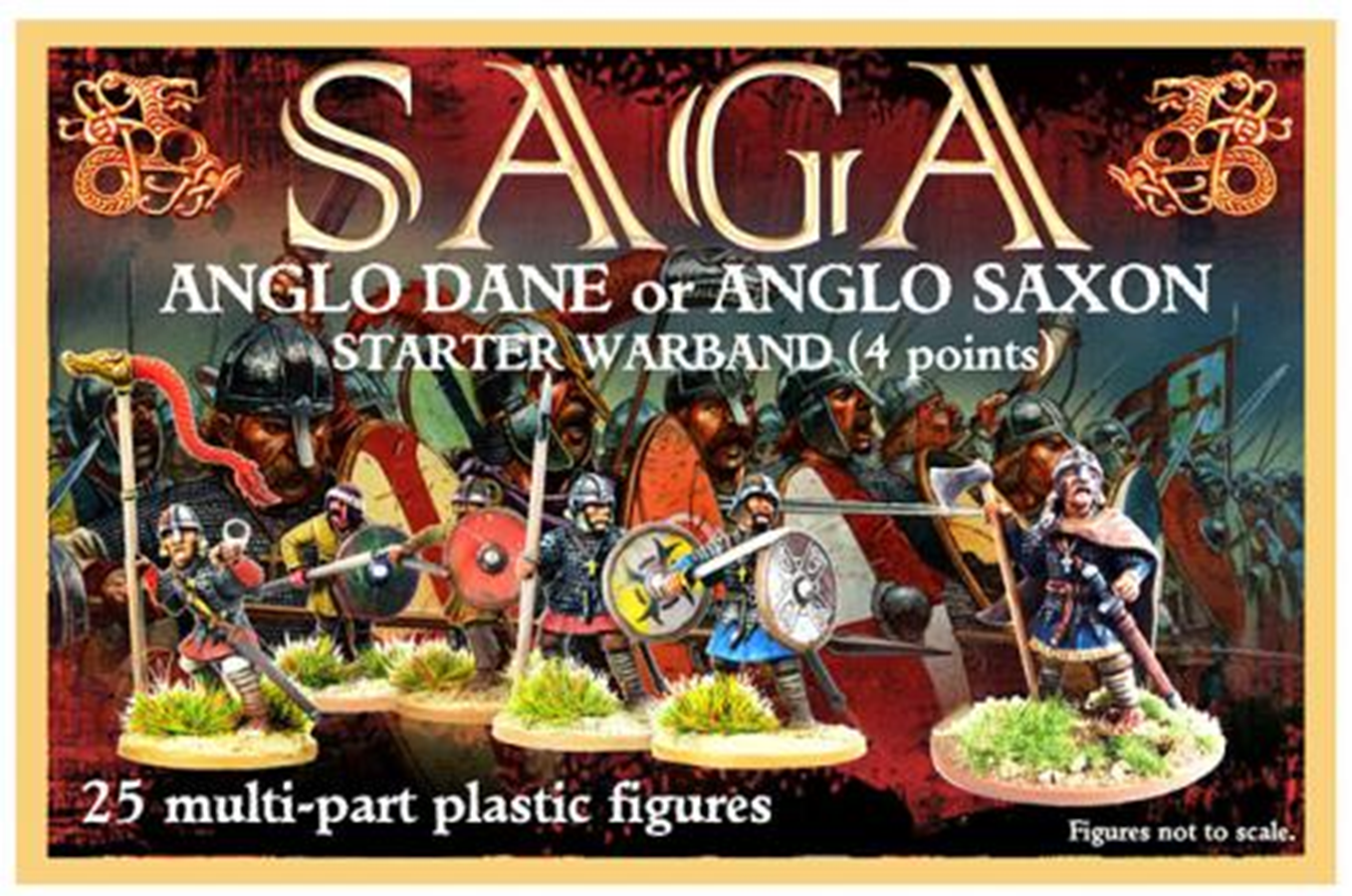 This box can be built as a 4 point plastic Anglo Danish or Anglo Saxon Warband as follows:

This box also contains 4 bonus unarmored figures so you can make one of your Anglo-Saxon Warrior units into a Levy unit, plus three extra armored figures and a host of extra options to customize your Warband.