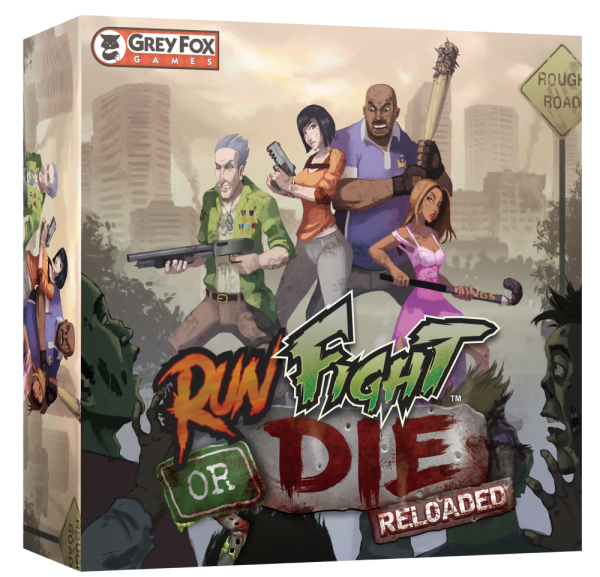 In the game, you play a hero trying to survive wave after wave of zombies coming straight for you! You play as a unique character with your own character traits including a minor, major and super combo. You’ll need them to fight off the zombies move closer to you every round. You run from location to location, searching for weapons and survivors in a desperate attempt to stay alive. Survivors may bring new skills to help you in your desperate fight for survival, or in some cases, new challenges to overcome. You’ll also need them along if you want to win as every survivor provides you victory points.

This streamlined version removes several decks from the original game, including the Fleeing deck and Event deck. Players roll six dice instead of five and there are now different combos to mitigate against tough zombie-filled rolls. Additionally, players can now use followers to soak damage coming in from zombies.

The game ends either when the third infected survivor comes out of the follower deck, when the Town Line comes out of the locations deck or when one player dies. Whoever has the most victory points among surviving players wins.

Run, Fight, or Die: Reloaded is a frantic first person experience for 1 to 4 players (will play up to 6 with the 5/6 player expansion).