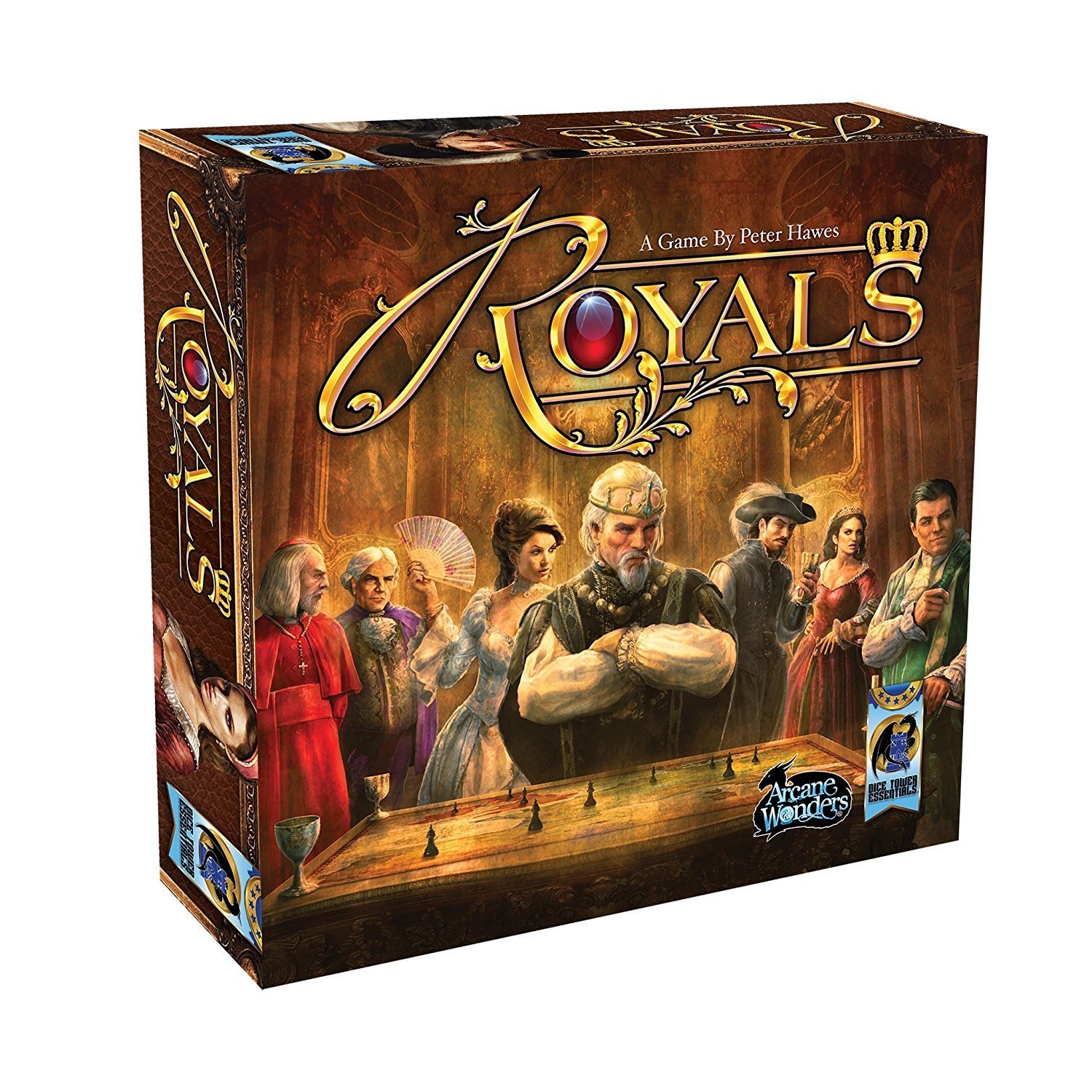 KEEP YOUR ALLIES CLOSE, AND YOUR ENEMIES CLOSER.

You are a member of a noble family vying for supremacy of Europe. Place those who are most trusted to you into positions of influence while eliminating your opponents. It is time to show your power, after all, you and your family are Royals!

Royals is a strategy game of intrigue and power for 2-5 aspiring Nobles. The players are the leaders of the great noble houses of the 17th Century, fighting for supremacy over Europe. With the help of Country cards, they place their nobles in cities of their choice, earning victory points. The higher the rank of the Noble the more Country cards are required.

Country cards are spent to spread influence to cities.

Occupy influential positions and obtain bonuses in the form of victory points by playing Country cards to place a wooden noble on a vacant Noble portrait in any city. The higher the rank of the noble associated with the position, the more country cards required. There can never be more than one wooden noble on each Noble portrait, but Nobles can be vanquished through the play of Intrigue cards!

Because of their great power, Kings are more resistant to intrigue. You must play two Intrigue cards with the matching coat of arms of that country to take over a King.

When you take over an opponent’s Noble with Intrigue, the original wooden noble on the board is vanquished (that Noble has been assassinated or removed from power), and is placed on the Cathedral on the right side of that city. There is no limit to the number of vanquished wooden nobles that can occupy the Cathedral. You must now occupy the vacant Noble, by placing a wooden noble of your color on the portrait, indicating your influence in the city.

With how easy it is to learn, as well as its strategic play, Royals is bound to be a hit for all types of players! The sheer fun and enjoyment Royals brings on game night truly makes this an Essential game for any collection!