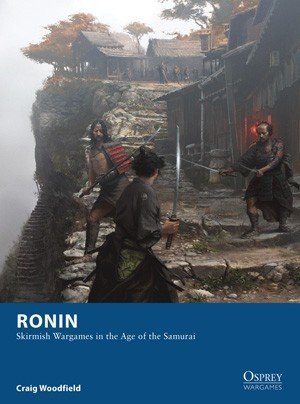 Ronin: Skirmish Wargames in the Age of Samurai

Set in an age of feuding samurai, wandering swordsmen and fearless warrior monks, Ronin is a skirmish wargame that captures the flavour and excitement of such Akira Kurosawa films as Seven Samurai and Yojimbo. Whether they prefer the loyal samurai retainers of a feudal lord or a horde of desperate bandits, players choose from one of several factions and build forces to battle for dominance and survival in 16th-century Japan. They may also recruit swords-for-hire to supplement their forces - masterless ronin, martial arts masters and secretive ninja will lend their skills to any commander who can afford them. A full points system, incorporating a wide range of equipment and skills, allows for detailed customisation of characters, while scenarios and a campaign system permit them to gain experience and develop over time. The fast-paced rules simulate the cut and thrust of hand-to-hand combat and require the player to make tactical decisions in the middle of a fight, immersing them in an era of war.