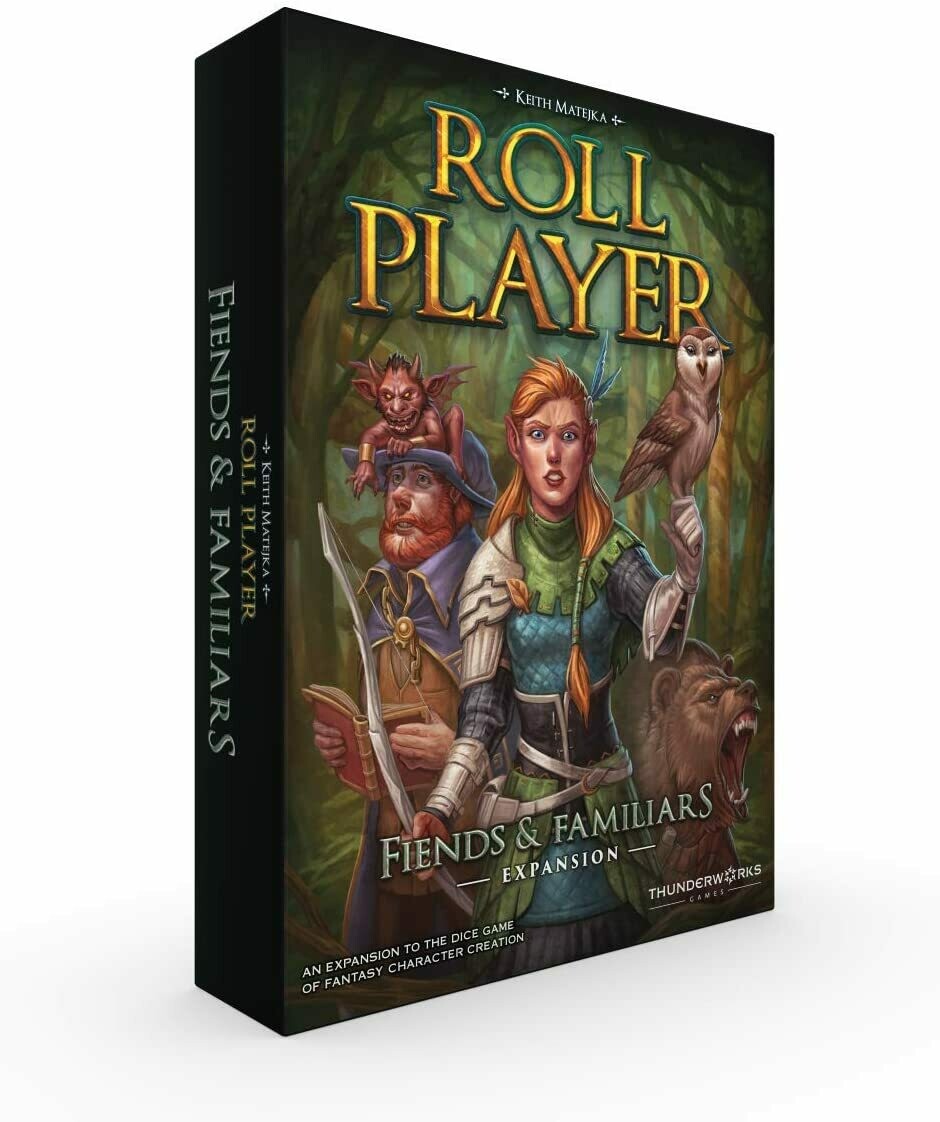 In Roll Player: Fiends & Familiars, players can add more depth to their hero by adding a familiar to their character. These creatures add more options during character creation and help each player explore the mechanics of the game in new and different ways.

Fiends distract the players and provide new obstacles along the path of creation.

A brand new set of Monsters give the players variety to the end of the game, while new Minions are added to the Minion deck that provide new and different goals for the players to reach.

New classes and Market cards provide even more variety to each game of Roll Player.

Again, players earn Reputation Stars by constructing the perfect character, but can explore new strategies and options as they ready their familiar while the sidestep the pesky fiends along the way.

When playing with this expansion, there are a few changes to the round and turn structure compared to Roll Player and the Monsters & Minions expansion.

The Cleanup Phase is the same as in Roll Player with the following changes: