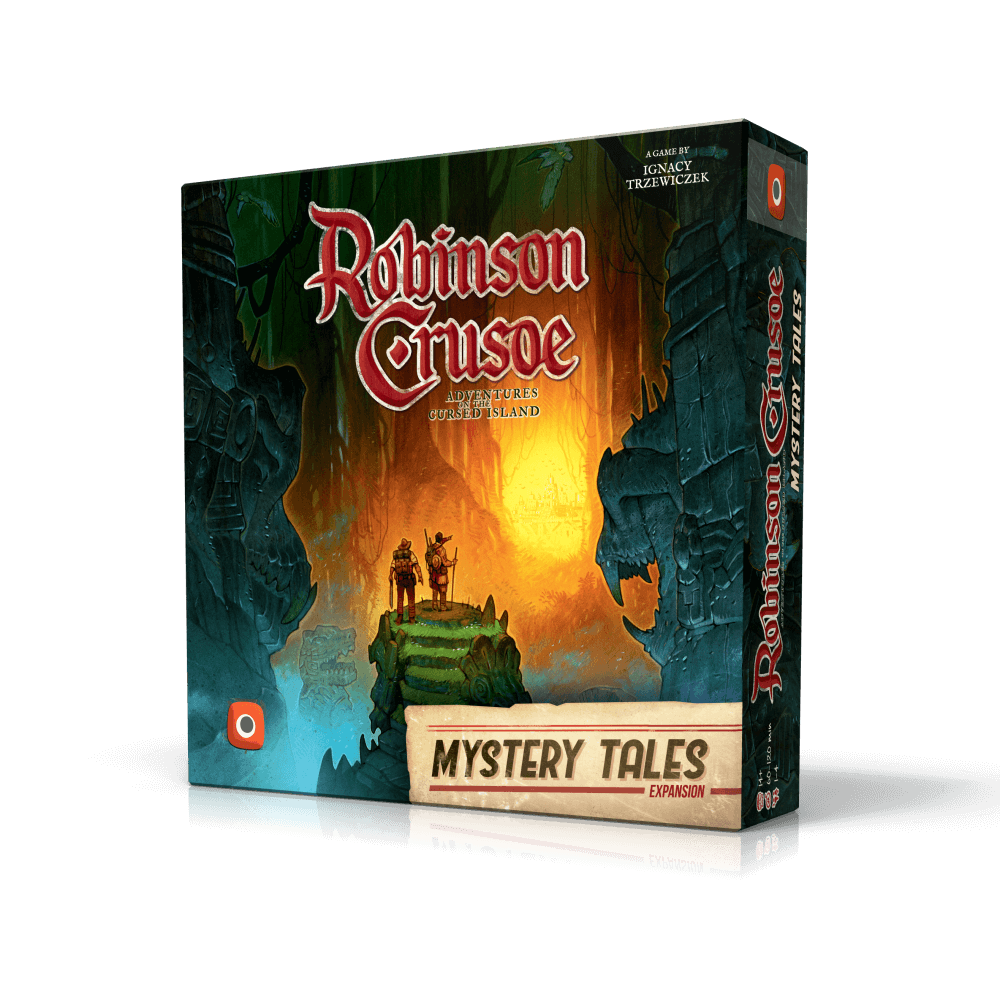 Robinson Crusoe: Mystery Tales is the second big expansion for Robinson Crusoe: Adventures on the Cursed Island. Unlike its predecessor, it not only includes the campaign (titled The Lost City of Z), where you follow great explorer, Lieutenant Colonel Percy Fawcett, but also a full set of rules and components that can be played with the base game of Robinson Crusoe!

Robinson Crusoe: Mystery Tales introduces 10 new characters, new deck of Event cards, 3 new decks of Adventure cards, new Beast cards, new Mystery cards and new mechanism of Sanity that you can use in the base game of Robinson Crusoe to change it into a game of dreadful stories! Additionally, the expansion includes five missions that form a long and epic campaign: The Lost City of Z!