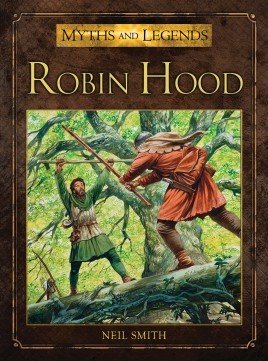 He robbed from the rich to give to the poor, or so the legend goes. But who was the outlaw known as Robin Hood? How did his legend develop, and how has it changed over the passing centuries? This new title in the Osprey Myths and Legends series takes a detailed look at the famous outlaw, beginning with a retelling of the early ballads that established his stories. From there, the book explores how the legend grew and how famous names such as Little John, Friar Tuck, Maid Marian, and Alan-a-Dale became associated with Robin Hood. It also enters the perilous world of Robin Hood scholarship with a critical analysis of the case for a ‘historical' Robin Hood and a review of the mostly likely candidates. A perfect primer for young and old alike, this book covers both the fact and the fiction of Britain's most famous outlaw.