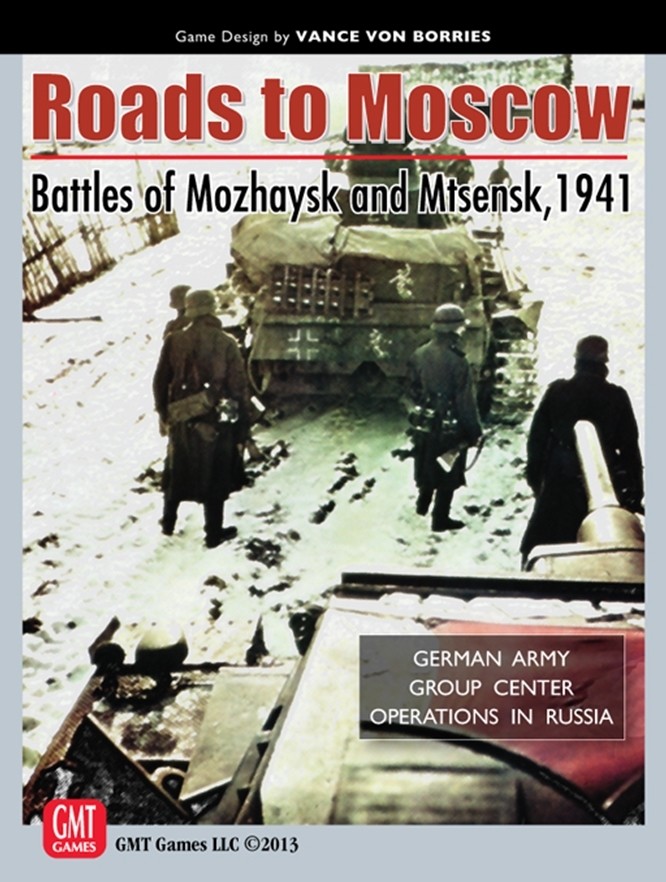 Roads to Moscow: Battles of Mozhaysk and Mtsensk, 1941

In October 1941, the Germans broke through the main Soviet defense line and began a race along the major roads that led to Moscow. The two separate battles shown in this game are named for the main objective city on each map, Mozhaysk to the west of Moscow and Mtsensk to the south. Perhaps the most dramatic of the many desperate battles fought in front of Moscow, these two battles combined all the elements of the great struggle. The Germans have an excellent fighting machine, but they are short on fuel and time. They must capture their objectives on a tight schedule or snow and mud will end their offensive. The Soviets are down to remnants of their once immense armies. If the Soviets can avoid being encircled by the fast moving German forces, high quality reinforcements soon to arrive from the Far East may finally allow them to stop the German Advance.

The Soviets stood fast at Mozhaysk, fighting heavily on the old Napoleonic battlefield of Borodino. Like Napoleon, the Germans eventually took the field but at great cost in time and manpower. Near Mtsensk, Guderian's panzer, spearhead advancing north from Orel, was ambushed by Soviet tanks which disrupted the German timetable. This gave the Soviet 6th Guards Rifle Division time to dig in on the heights above Mtsensk, barring the way to Tula and Moscow.

Roads to Moscow uses mechanics that feature a chit draw for activation of formations. Both players quickly learn how to use their motorized units effectively for overruns, combined arms, and movement of reserves. Timing is everything. Included are special rules for Soviet rocket artillery, NKVD, self-propelled gun units, fuel supply, and much more.