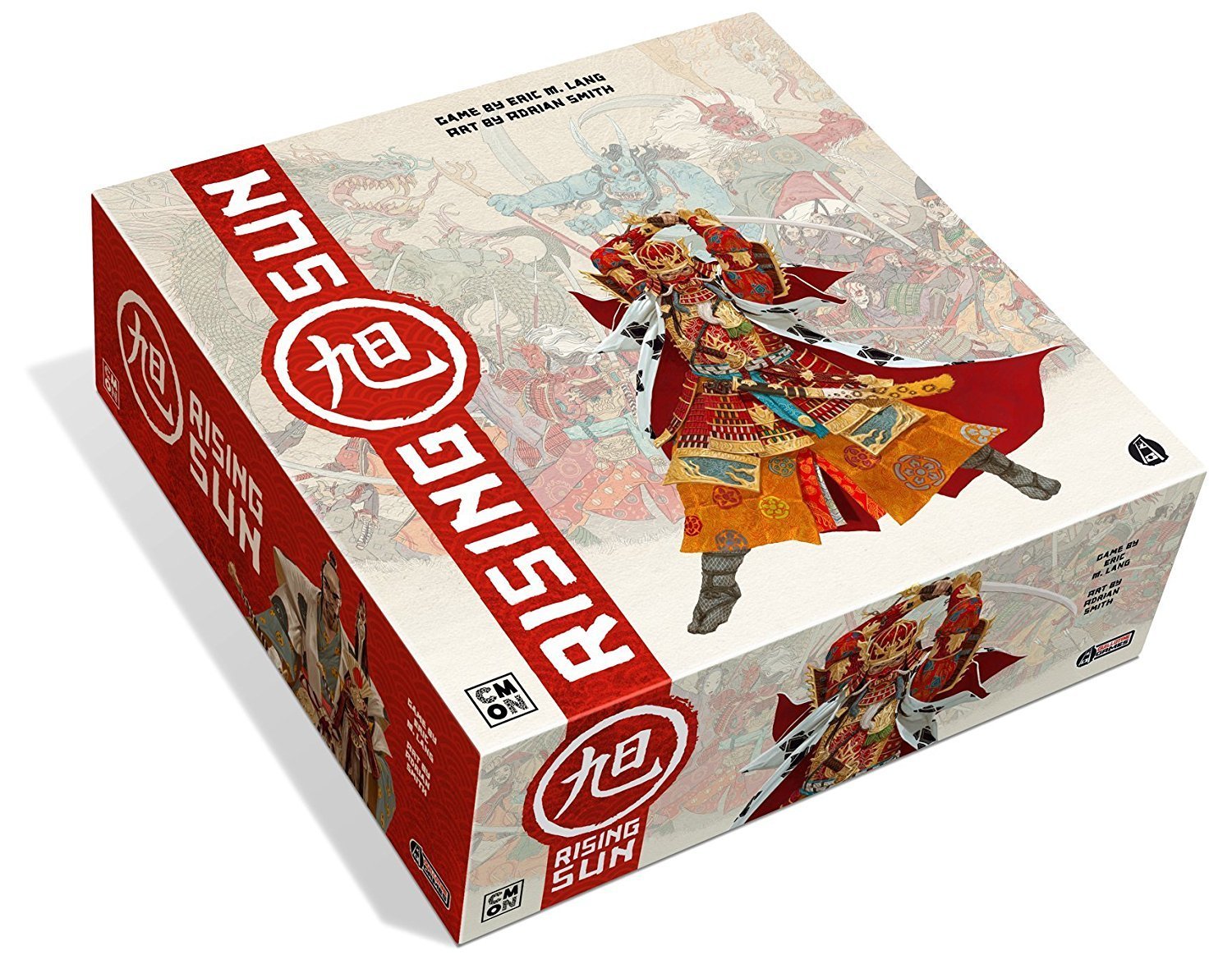 Rising Sun is a board game for 3 to 5 players set in legendary feudal Japan. As the Kami descend from the heavens to reshape the land in their image, it is up to each player to lead their clan to victory. Use politics to further your cause, negotiate to seek the most profitable alliances, worship the Kami to gain their favor, recruit monsters out of legend to bolster your forces, and use your resources wisely to be victorious in battle.

Warring clans struggle for control of provinces in Feudal Japan; however, a conflict is not only won on the battlefield. Diplomacy and alliances will play a large part in winning the war. In Rising Sun, from the acclaimed team that brought fans Blood Rage, players enter a fantastical version of Feudal Japan and control different Clans with unique abilities. They will engage in combat, make offerings to the gods, and form and break treaties. After three hard fought years have passed, only the player who earned the most victory points will win.