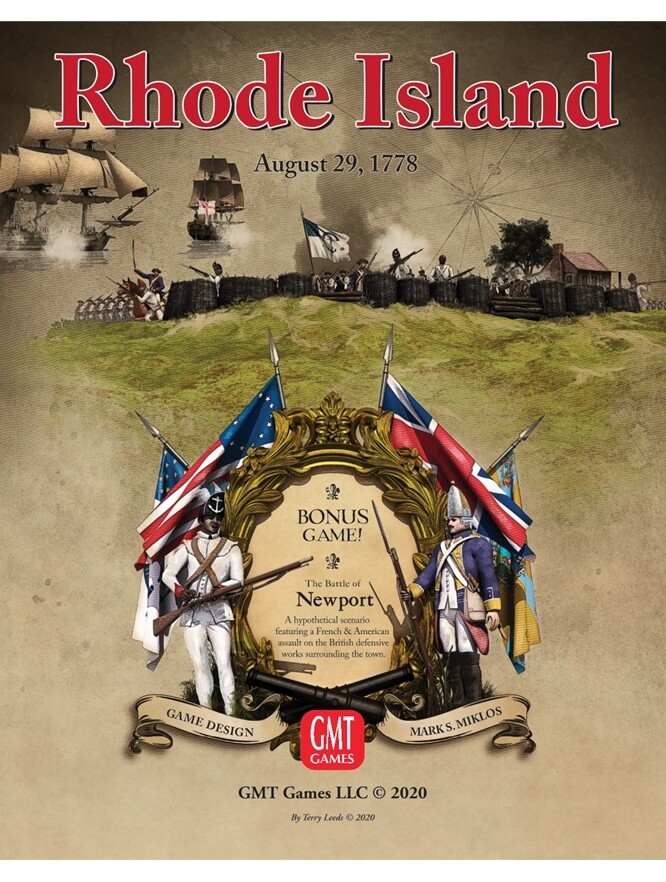 On the night of August 28-29, 1778, the American Army under Major General John Sullivan pulled out of its siege lines around British-held Newport, Rhode Island and began an evacuation northward off of Aquidneck Island in Narragansett Bay. The withdrawal was precipitated by (1) the departure of the French Fleet and its land forces under Comte d'Estaing after the "Great Storm" several days earlier shattered both the French and British fleets and (2) by expiring enlistments of militia units in the American Army.Major General, the Baron Robert Pigot, commander of His Majesty's forces in Newport, sortied on the morning of the 29th in hot pursuit of what he expected to be a strung out American army in disarray. Instead his British and Hessian columns first encountered stout delaying forces under Colonels Livingston and Laurens and next a main American line extending 2-miles across the Island, from shore to shore, on good prepared ground that protected the ferry crossing to the mainland. It was a hot fight that ended in a tactical draw although both sides claimed strategic victory; Sullivan because he was able to get his army off the island and Pigot because he held the battlefield and the city of Newport. Perhaps this quote from Major General Nathanael Greene best sums up the fighting prowess of these post-Valley Forge Americans, many of whom were veterans of Monmouth Courthouse fought earlier that summer.“To behold our fellows chasing the Hessians off the field of battle afforded a pleasure which you can better conceive than I describe."

The Battle of Rhode Island is volume 9 in GMT’s Battles of the American Revolution series by designer Mark S. Miklos.The map board depicts the northern half of the island including the fortified American positions around Butt's Hill. There are 64 America, British and Hessian combat units and leaders giving the game a counter density comparable to Saratoga in the series. Although the tactical situation is somewhat straightforward; Americans retreating and British pursuing primarily up two main roads, the nuanced play and game texture is like that found in all the games of the BoAR series.

To ensure replay-ability, each player has a unique deck of 26 Opportunity Cards that either enhance his side or diminish the enemy. Cards are drawn at-start and occasionally throughout play as governed by the turn track. There are also mechanisms for card draw tied to accumulated casualties or the possession of terrain objectives. Players may also spend Momentum to purchase additional cards.

The cards themselves may provide DRMs, adjustments to Army Morale, leader replacements, tactics advantages, step losses or step recovery, and additional units introduced into play among other outcomes. There is also the possibility of the game being extended one game turn into "night" wherein the British launch a surprise night attack.

There are only a handful of Exclusive Rules to provide chrome including a squadron of British warships which may conduct off-shore bombardment. Players familiar with the core game system will be off and running in no time.

As a bonus, volume 9 will include a second scenario; The Battle of Newport.This hypothetical scenario features a second map board depicting the southern half of the island, the city of Newport and the British defensive works that surrounded it as well as the American siege lines. The French army is presumed to have stayed on the island to cooperate in a direct assault upon the town. It will make for a fascinating "what-if" study of the first attempt at cooperation in the war by Franco-American forces.