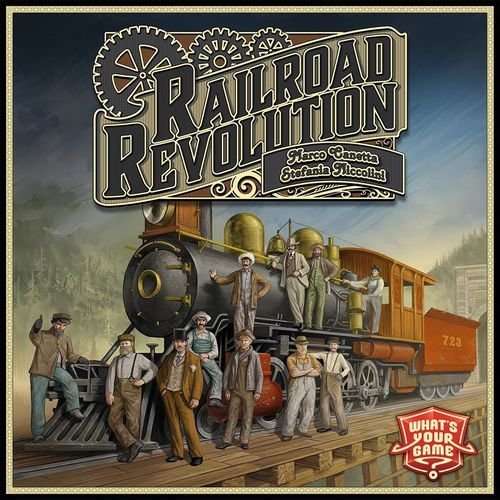 America in the 19th Century. By passing the Pacific Railroad Acts through Congress, the US government opened up the interior of the continent to a number of railroad companies. The race was on to cross the Great Plains and the Continental Divide and create a truly united United States of America.

You are the head of a small railroad company on the East Coast, competing with rival companies to expand your rail network to the west.

The Railroad Revolution has begun!

You start with mainly a team of non-specialized workers, but during the game you can hire additional ones with specific skill sets. The cost or effect of an action is determined by the type of worker that does it.

To complete your company objectives, you will have to remove some of your workers from your active pool, promoting them to managerial positions.

You must carefully assign each of your workers to perform the right action at the right time in order to exploit their specializations in the best way.

You also then need to decide when to promote them, because once you do, you can no longer use them to take actions.

Railroad Revolution is a fast paced game with relatively simple rules, and it provides you with interesting and challenging decisions.

Having a good strategy and finding the correct timing to implement it, is the key to winning the game.