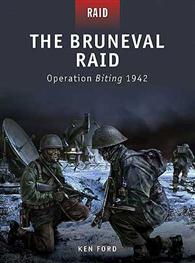 In the darkest days of World War II, the British planned a daring airborne operation to capture the secret of the new German radar. Lead by Major John Frost, a company of paratroopers dropped into Bruneval on the French coast, and quickly neutralized a small German garrison. Then began a desperate fight for time as the British tried to dismantle the German radar and evacuate back to England, as ever more German units converged on their position. Using artwork, photographs, and detailed maps, this action-packed narrative puts the reader in the planning room and on the battlefield of one of the greatest raids of World War II.