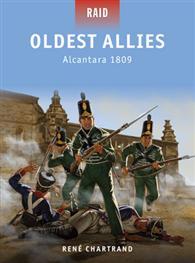 Although somewhat overshadowed by Wellington’s main campaign in the north, the Alcantara raid was an outstanding success. The primary objective of alarming and distracting the French forces in Spain was achieved. Furthermore, the raiders also succeeded in preventing a French incursion into Portugal and tied down one of Napoleon’s best marshals. There were further raids to come, but the 1809 Alcantara raid delivered a strong, permanent message: that the Anglo–Portuguese were willing and able to strike back against the French, and that they would support their Spanish allies as much as they were able.