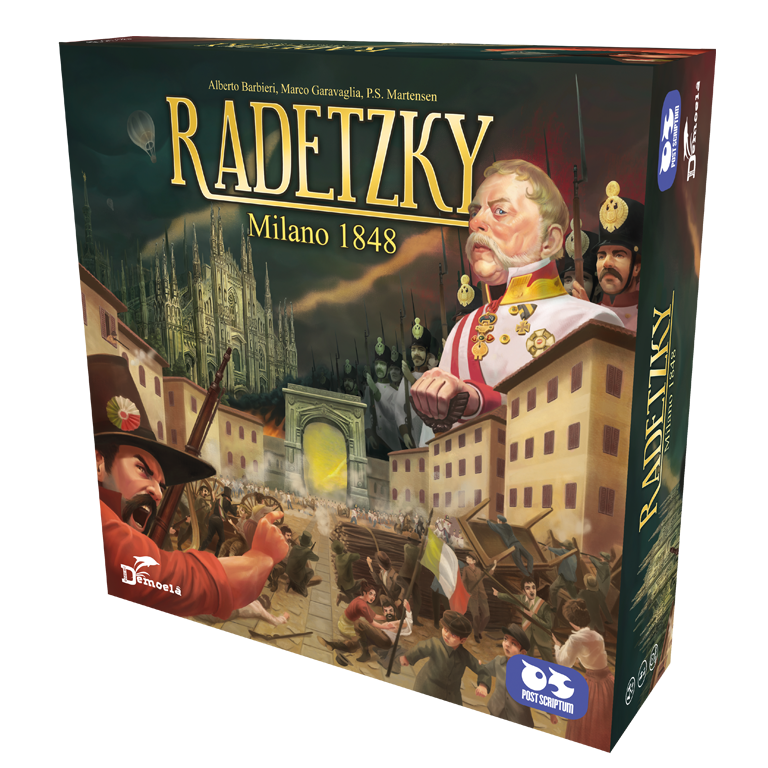 Smoke rises from the barricades, messengers dart among the rebels' outposts, the air is thick and vibrant with expectations...

Radetzky: Milano 1848 is a cooperative game in which players act as the people of Milano rising against the Austrian Empire, represented by Austrian soldiers and their leader, Field Marshal Joseph Radetzky.

In each turn, players can take up to three actions, with a choice among:

Fights are the core of the game: players must respond to Austrian cards using the appropriate ones from their hand. If two or more players are on the same area, they can join and fight together. They can go on fighting until they decide to stop... or until they win (or lose!). The game ends when one of the two factions conquers 5 of the 16 areas in which the city is divided.