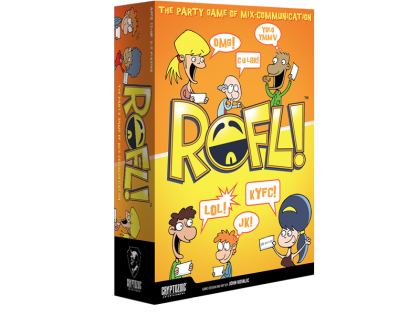 Can you condense a well-known phrase down to just a few letters and symbols? Can you do it using fewer characters than any other player, but still get your message across? Find out with ROFL!, the hilarious party game of mix-communications! ROFL! pits players against each other as they strive to condense messages down to as few characters as possible. If the Guesser can figure out the original phrase from your clue before time runs out, you both score points! The player with the most points after three rounds wins the game!