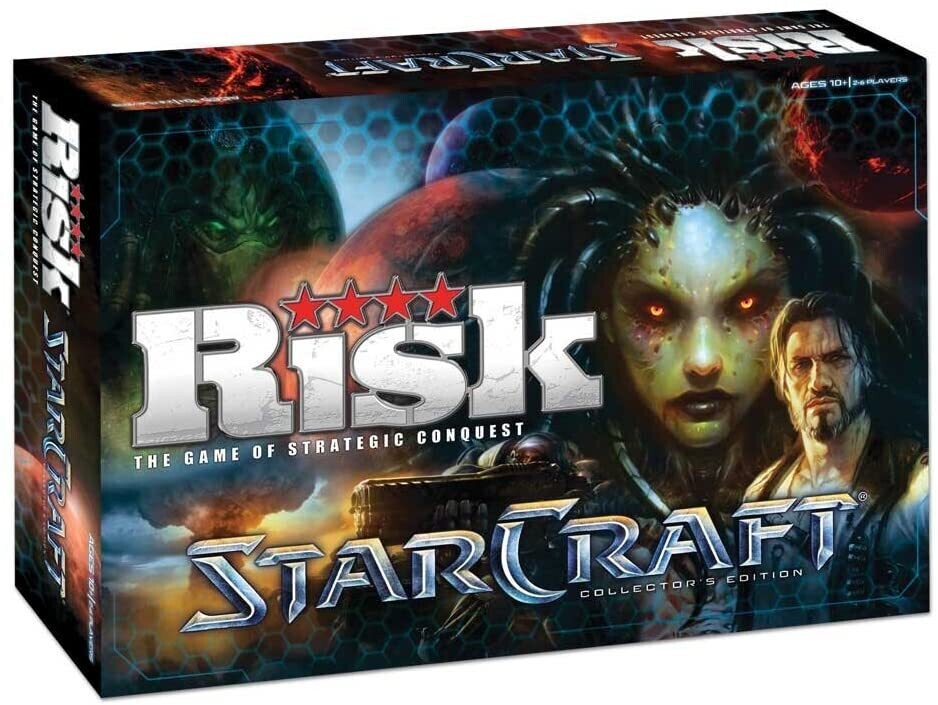 The Koprulu Sector is being ravaged by war. You must stand against your enemies as one of the three powerful races. Will you choose the advanced and mysterious Protoss, the rugged and tenacious Terran, or lead the ravenous Zerg swarm? No matter which race you choose, you will fight for your very survival. The war for galactic supremacy begins NOW!

In this version of Risk, players are controlling the three factions from the StarCraft video game, in a battle to control the sector. The players recruit and mobilize their units in order to gain control of the various areas on the board. Battle is resolved using dice as in regular Risk, but also with special power cards which are given to players who control certain areas on the board. As in traditional Risk, players move troops and attack into territories on the board, and face off with opponents in dice battles where higher rolls eliminate opposing forces, with tied rolls favoring the defending troops.