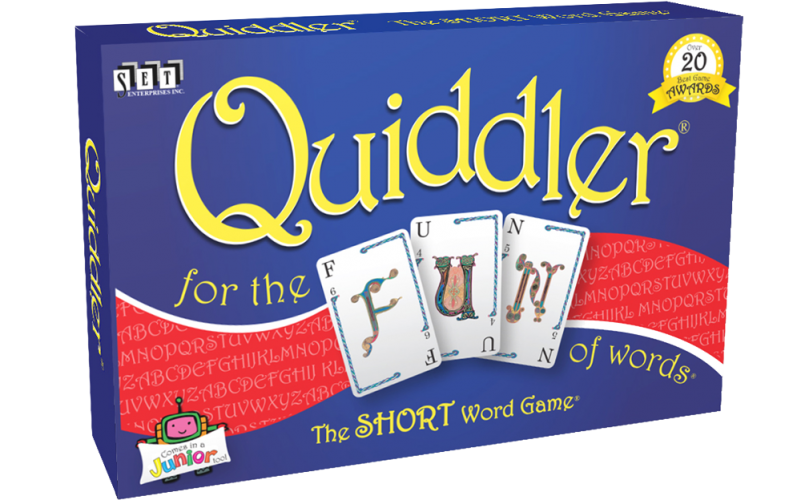 For the FUN of words!

Quiddler, winner of over 20 Best Game Awards, is easy to learn and fun for everyone! The goal is to arrange all the cards in your hand into one or more words. The number of cards dealt increases each round – starting with three cards and ending with 10 cards. High score wins, so use your high point letters and Quiddler’s unique double letter cards — but don’t get caught with them in your hand! Aim for the bonuses—each round there are two bonuses: one for the most words and one for the longest word. Take our WORD for it, this is a game you will want to play again and again!

Playing Quiddler is so much fun that you won’t notice you’re learning! Quiddler sharpens spelling skills and increases vocabulary and critical thinking skills. The dictionary becomes your friend in this game! You will use it when challenging a word of another player and more importantly, when it is not your turn, you will use it to look up words.