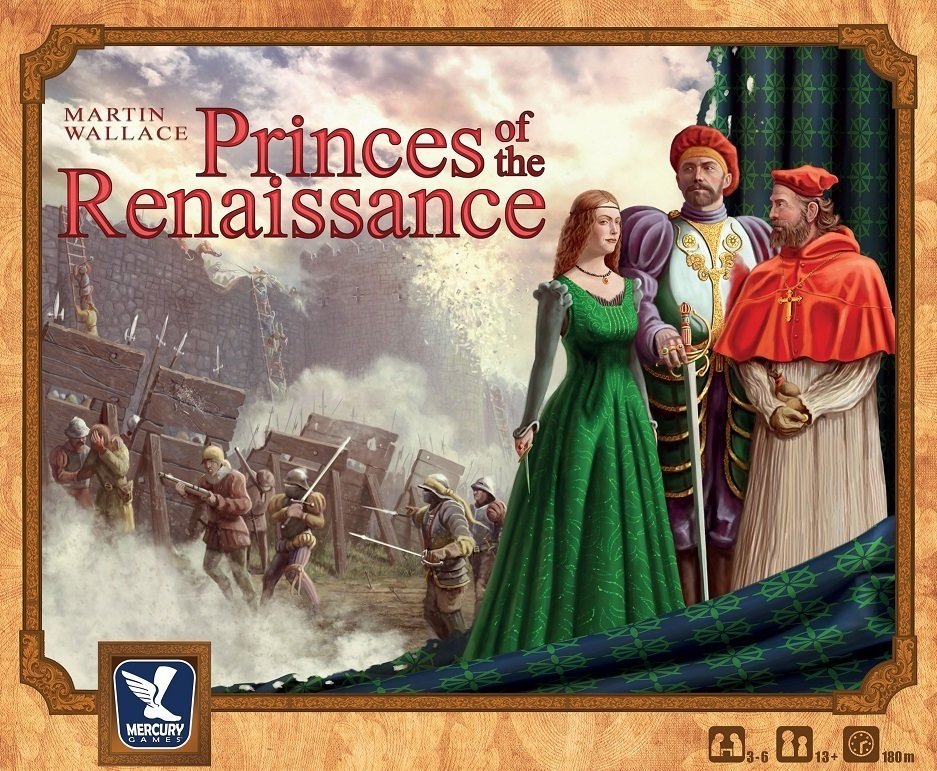 Princes of the Renaissance

Princes of the Renaissance is set in Renaissance Italy. Each player takes on the role of one of the minor Condottiere princes, such as the Gonzagas or d'Estes. Then there are the big five major cities: Venice, Milan, Florence, Rome, and Naples. These are not controlled by individual players, but players will gain 'interests' in them as the game progresses. Each city has six tiles, most of which represent a famous character such as Lucrezia Borgia or Lorenzo Medici. Each tile has its own special properties that are linked to the character on the tile. Thus Cesare Borgia will help you to become more treacherous, while a Venetian merchant will increase your income. These tiles are also worth victory points, depending on the status of the city at the end of the game.